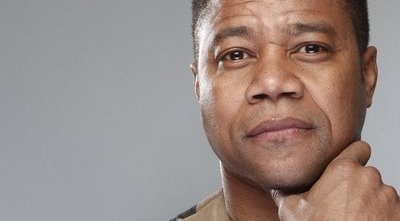 Following accusations of inappropriately touching three women in separate incidents at various Manhattan venues in 2018 and 2019, Oscar-winning-Actor Cuba Gooding Jr plead guilty to one of the charges on Wednesday 13, April. The count charged that at a nightclub in Manhattan in 2018 he had forcibly kissed a woman.

According to The New York Times, he told the judge: “Yes, your honor, I kissed the waitress on her lips. I apologize for ever making anybody feel inappropriately touched.”

In her accusation the woman stated that Gooding put his hand on her breast without her consent and squeezed her. In court she testified that she had been “super excited” to meet the Hollywood actor but was shocked when she felt his hand on her breast. “I was mortified,” she stated. “My body was being placed under the dominion of someone else without my consent.”

The woman, who identified herself as Kelsey Harbert, also commented that it was “very devastating” to her that Gooding would be allowed the chance to  “move on” after six months, while she has had to live and will continue to live with   feelings of trauma and violation following the incident involving the actor. In court Harbert stated:“I won’t lie,I’m very disappointed that we are here today discussing a plea deal.”

Under terms of the plea, Gooding must continue for six more months in alcohol and behavior modification treatment that he has been undergoing since 2019, and he must have no new arrests, the Manhattan district attorney’s office stated.

In a separate case, Gooding was charged in civil court with rape by an anonymous complainant, a crime for which he is seeking $6 million in damages and which is still being prosecuted.