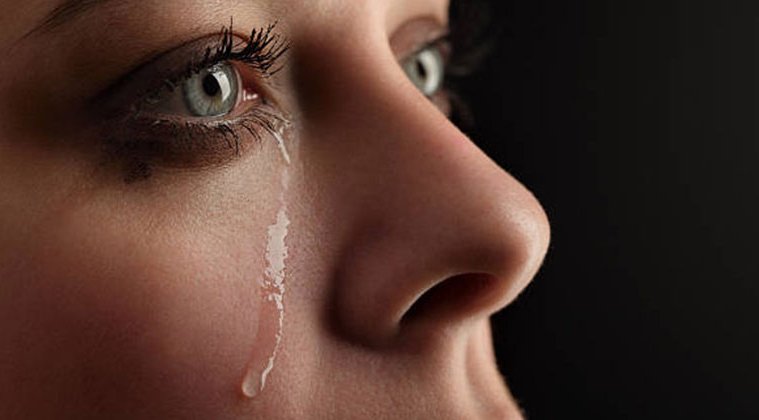 Both the causes and manner of crying are many and varied.

IN the last few weeks, we have seen and heard countless heartbreaking situations in Ukraine. Innocent men, women and children weeping as they describe their ordeals, often in English. I have noticed that frequently they describe harrowing experiences with resignation, and occasionally even with a smile, while we TV viewers may be in tears at their plight. These are very brave and resolute people.

There are also currently millions of people with serious financial problems caused by general inflation and increased fuel costs. The situation of many of them is truly tear-jerking. They have to choose between eating and heating, there are no holidays or treats for the children and they face a complete change in lifestyle. Then there are Covid and climate change.

In all parts of the world, we see truly tragic scenes of suffering and loss, deprivation and destruction. When interviewed on television, the victims often express their grief naturally by weeping. As they are often too distressed to relate fluently their ordeals, is this not an invasion of privacy? Should they not be given the chance to communicate with dignity?

Seventy years ago, when there were two sexes, crying was associated with women and grief, rather than emotional joy or frustration. Except in the case of bereavement, separation or other tragedy, a man crying looked slightly unnatural and men were not expected to cry in public. Television was in its infancy.

A friend in Germany said: “Englishmen meet for a pint; German women meet for a coffee and Americans meet for a cry.” And, indeed, Americans do seem more prone to tears in public than most. And not just tears caused by a tragedy or a desperate situation.

The tears may start flowing when they recall how proud they are to be American, when they look at an American flag or when their children achieve something to make them proud. If the thing a person can feel most proud of is the accident of his nationality, does this suggest a life of success?

But it’s not only Americans. Many of us will recall the spectacle of Roger Federer sobbing during the court interview when Rafael Nadal beat him in the final of the Australian Open of 2009. Since the advent of television, we regularly see interviewees, including sportsmen, crying with emotion of one sort or another.

Crying may be of the ‘smoke gets in your eyes’ variety. Or there could be sniffling, weeping, sobbing, howling with anguish or roaring with rage.

It is widely believed that ‘it’s better to let the grief flow than to hold it in’. But when interviewers probe with tactless questions and comments about a deeply tragic situation, inducing their subject to break down in front of the cameras, this seems to me an unnecessary intrusion. They should interview with tact and, as far as possible, at the right time.