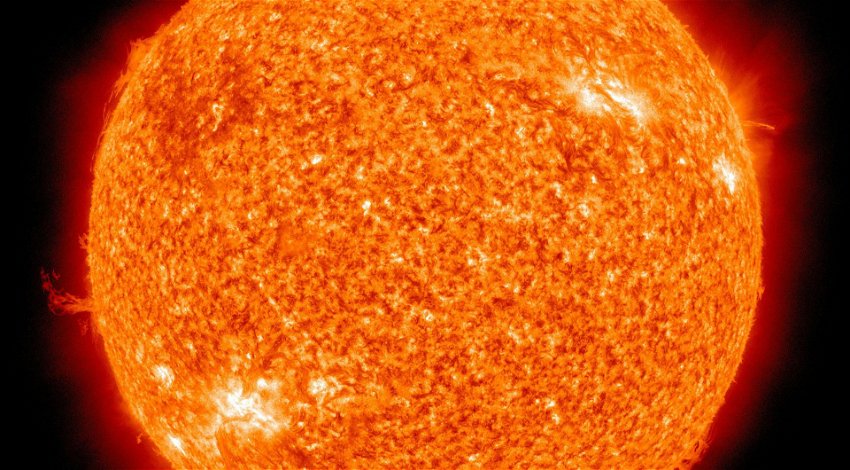 A Solar storm is heading towards the Earth and is due to hit today, causing possible power outages worldwide.

The Solar storm was created by a release of a large amount of plasma and magnetic energy known as a coronal mass ejection, coming from a dying sunspot named AR2987 according to The Independent.The geomagnetic storm is said to be strong enough to trigger some safety alarms and may require some voltage corrections, while some satellites may experience some surface charging.

EarthSky.org explained: “Because the Sun is a fluid, turbulence tends to twist the magnetic field into complex contortions. It twists the field too much and twists, like a telephone wire or a slinky toy. These twists break up the magnetic field and can potentially drive large amounts of plasma into space.

It is believed to be G3 on the ‘g scale’, used by the US National Oceanic and Atmospheric Administration (NOAA) to measure storms. (NOAA) to measure storms and a G3 storm is known as ‘strong’. G5 is the strongest possible storm, with G1 the lowest and the current G3 event is predicted to cause “weak fluctuations in the power grid”.

Solar flares allow for the Northern Lights to be visible and a strong storm such as this one will mean that Northern lights will be seen in certain locations. This particular storm is unlikely to be seen from the UK, although there is a chance that it may be slightly visible in the North of the UK, as NOAA predicts the northern lights to reach 65 degrees north of the Earth’s equator, which is approximately north of Canada, Alaska, Sweden and Norway and across Iceland, further north than the UK.

Forecasters are warning that the strength of the geomagnetic storm could be problematic for astronauts in space as well as for satellites.

Stronger storms, graded at G5 on the scale, such as the Carrington Event of 1859, can cause major world disruptions, with telephone lines catching fire, power outages and communications across radio becoming an impossibility.

Speaking on the dangers of today’s storm, Sangeetha Abdu Jyothi from the University of California, Irvine and VMware Research stated:“In today’s long-haul Internet cables, the optical fiber is immune to GIC. But these cables also have electrically powered repeaters at ~100 km intervals that are susceptible to damages.”