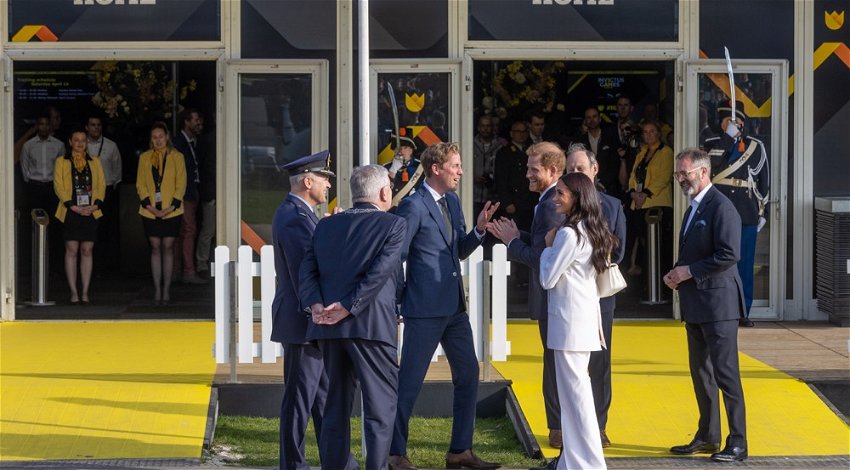 Harry and Meghan at the Invictus Games Credit: @DefensieStas, Twitter

Prince Harry was behind the secret “clear the air” meeting at Windsor Castle with Prince Charles and the Queen.

Not even aides were aware of Harry and Meghan´s Thursday UK meeting ahead of their engagement at the Invictus Games in the Netherlands.

An insider told The Sun in an exclusive on Saturday, April 16: “Harry contacted his father and said he was coming over with Meghan and he wanted to meet.

“Harry instigated it all. It was an olive branch from Harry and made in an effort to clear the air.

“He made the approach to Charles who was obviously very happy, and accepted.

“Charles maintains that Harry is a much-loved son and is always welcome to come back and visit.

“The Queen agreed to see them both but only after he had met Charles first.

“They were travelling to Holland for the Invictus Games which is only round the corner.

“Charles wants to heal things with his son and his daughter-in-law and ultimately wants to meet his grandchildren.

“As the Queen said when Megxit was signed, they will always be a much-loved part of the family.

“By seeing the Queen before they arrived in Holland for a high-profile visit, they managed to diminish any idea they were snubbing her.

“Charles was happy to have them.”

Prince Harry pulled out of the Service of Thanksgiving for Prince Philip at Westminster Abbey last month citing his mounting concerns over security.

The Duke is suing the British government after his Met Police armed guards were removed when he stepped down from royal duty.

The games run until April 22.