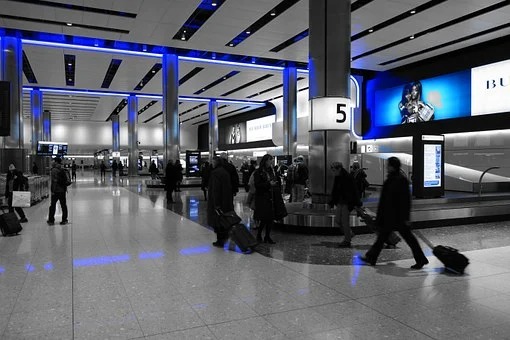 Couple £1k out of pocket after being told their British Airways flight would wait for them. The couple had been heading to Los Angeles to see their son.

Derrick and Sheila Gordon from Oldham desperately need to get their hands on a refund as they want to fly out to the states again for their son’s wedding.

Speaking to My London Derrick explained: “We had to pay £70 to arrange another PCR test as the ones we took on December 22 became invalid. At an extra cost to us, we tried to arrange this at the airport – it took around five hours to get them done.

“All this time at the airport there was no customer service of any description, no help or support from anyone. Also, one of our bags was damaged when the wheel was broken on the flight from Manchester. The whole experience of travelling with British Airways is one I will not forget and do not wish to experience again ever.”

Derrick revealed: “We had already waited two years to see our son, and it was a day lost of our holiday – we had to cancel restaurant reservations and other plans”.

The couple is still trying to get a refund. Derrick explained: “We’re owed around £1,040 for the delayed flights, our extra Covid tests cost £70 and I also wanted to claim compensation for my wife’s damaged suitcase. Even just the stress of the whole thing took its toll.”

Derrick and Sheila hope to fly out to the States again to see their son get married.  “Flights to America are not cheap, and we are still waiting to hear from British Airways about a refund and compensation. If I can help it, I never want to fly with them again, and I’m looking at other airlines for our next trip,” said Derrick.

A spokesperson for British Airways commented on the delays and said: “We are sorry that our customers were delayed in getting to Los Angeles due to matters beyond our control. We got them on the next available flight and provided overnight accommodation. Our crew on the flight looked after them and we have been in contact with the customer to resolve the matter.”