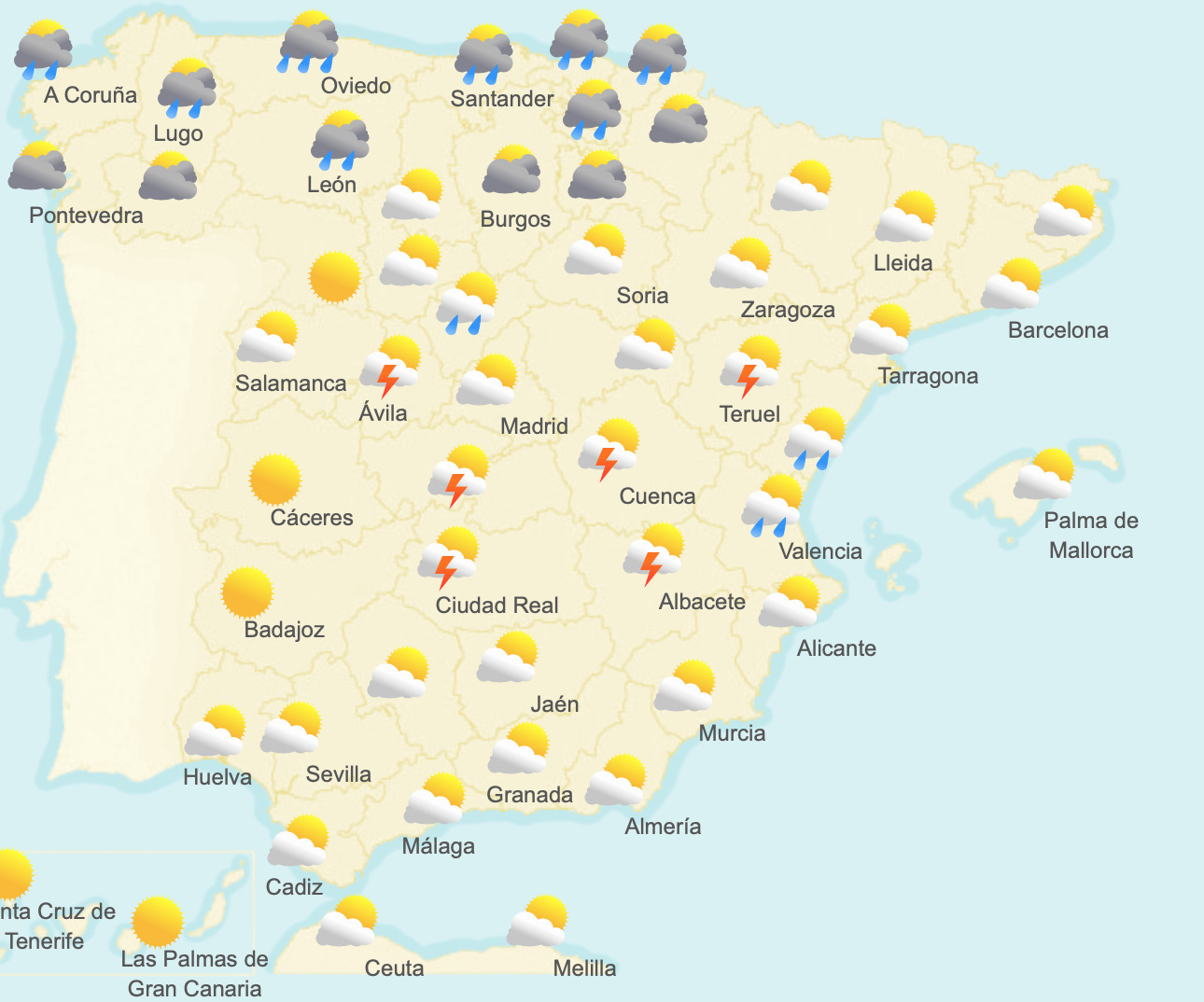 Spain to say Goodbye to blue skies this week with arrival of a Cold Drop Credit: Meteored

After an Easter weekend marked by sunny weather and warm temperatures in most of Spain, this week will see colder and more unstable weather making a comeback with the arrival of a Cold Drop.

The spring weather says goodbye for a few days, as this week there will be a “new incursion of cold air that will coincide with the passage of some quite active fronts”, explained Eltiempo.es. In such a way that we will notice a “sharp drop in temperatures” from this Monday and significant rainfall will appear in certain areas of the Peninsula.

“In the northern mountains and in many areas in the east, snow accumulations will exceed 30 centimetres of depth between Monday and Saturday,” while the wind will also “be felt at times, increasing the feeling of cold,” they add.

Meteored specialists have forecast a cold drop over the Peninsula  in the next few days, which will lead to significant rainfall in the Mediterranean regions. They anticipate accumulated rainfall close to 100 l/m2 in parts of the Valencian Community, although everything will “depend on the final location of a squall that is expected to form in the lee of the Iberian system.” Similar weather is expected for the Cantabrian coast, Aragon and Catalonia.

The State Meteorological Agency (Aemet) forecasts for Monday 18 April the “entry of a front that will not be very active in the northwest of the peninsula, which will cause an increase in cloudiness in Galicia and the Bay of Biscay, with light rainfall that may be heavier in the second half of the day”.

The rest of Spain is to expect “cloudy intervals,with probable showers and thunderstorms, mainly in mountainous regions of the northern and eastern halves, without ruling out some isolated storm in the interior of the Atlantic slope. A drop in temperatures is also expected in  “the far north, the Mediterranean area and the western third of the peninsula, with little change in the rest”.