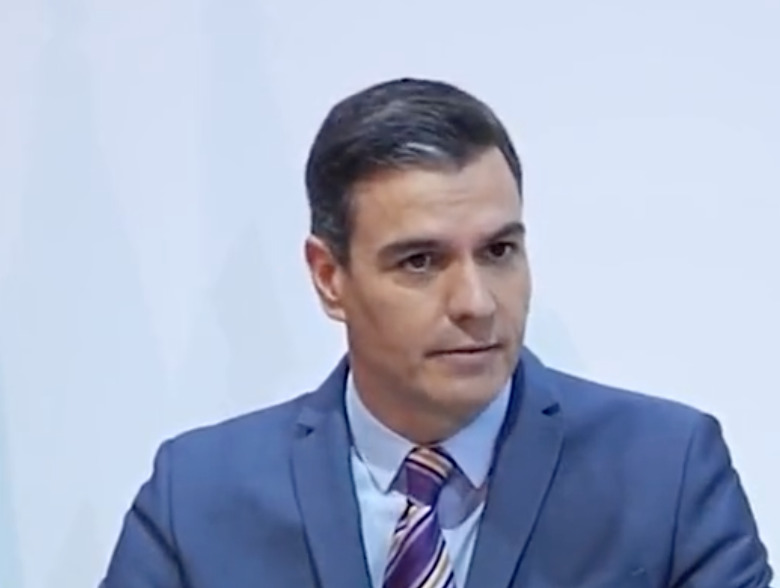 Spain and Portugal reach an agreement with Brussels on the reference price of gas for electricity.

Pedro Sánchez made the announcement on Tuesday, April 26.

THE President of the Spanish government Pedro Sánchez said on Tuesday, April 26 that Spain and Portugal had reached an agreement with Brussels ‘to set a reference price for gas and reduce the electricity bill.’

During a government meeting on April 26, Sánchez said: “Spain and Portugal today reached an important agreement with Brussels to set a reference price for gas and reduce the electricity bill.

He added: “Since the beginning of the conflict in Ukraine, we have been working on effective policies that protect residents, SMEs and industry.”

Sánchez said that the Spanish government along with their Portuguese counterparts had been working with the European Commission to agree on a fixed reference price for ‘gas that produces electricity’.

“This will be good news for consumers, small and medium businesses and industry of this country,” the 50-year-old said.

According to the third deputy prime minister of Spain, Teresa Ribera, and the Minister for the Environment and Climate Action of Portugal, José Duarte Cordeiro, the “political agreement” with Brussels has set the gas reference price at around 40 euros/MWh and will mark an average price of 50 euros/MWh over the 12 months once this agreement comes into force.

Until now Ribera urged “the Commission to implement it immediately.” She said: “It is an agreement designed fundamentally to reinforce the protection of consumers who have a higher level of exposure in the evolution of the wholesale electricity market and price formation. In Spain, around 40 per cent of domestic consumers and approximately between 70 per cent and 80 per cent of electricity consumption by industry is linked in some way to the wholesale market price”.

According to the Community Executive, “in line with the conclusions of the European Council on March 24 and 25, the European Commission supports the efforts of Spain and Portugal to help the economy in a context of high and prolonged energy prices in the entire EU after Russia’s unjustified attack on Ukraine.”

Ribera said she hoped to finalise the agreement “in the next few days” to be approved in the “Council of Ministers next week.” According to the vice president, the measure will “enable industrialists, domestic consumers, to benefit from this decrease in wholesale market references. It is an agreement that protects us from turbulence and increases in the price of gas”. The measure will also affect French users included in the 2.8 per cent of interconnection between the Iberian Peninsula and France, as reported by El Diario.