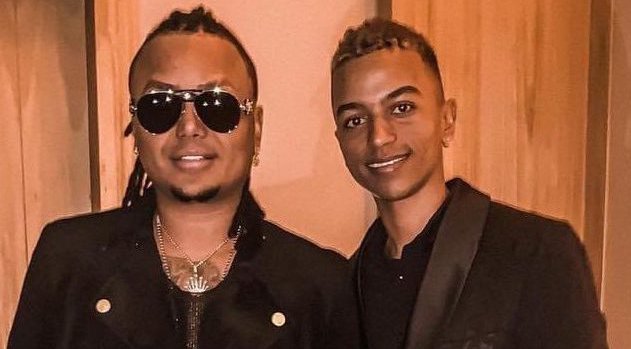 Colombian singer Mr Black’s has published an emotional tribute, following the loss of his son to sudden cardiac arrest, on Twitter.

Taking to twitter he posted: “My dear son, my little piece of soul Your life has gone Your heart will no longer beat and mine would like to do the same There is no way to get over this loss. With you a part of me died, but the rest of me still loves you as intensely as ever.”

His music company also posted: “We want to inform the general public and press the tragic loss of Edwin Junior Antequera Melendez, son of our Artist Mr Black.For this reason, we announce that all of this weekends events will be cancelled. We thank you for your understanding, support and respect for out artist at this troubling time. Thank you very much.Sincerely, Mr Black Music SAS”

On May 1, Mr Black took to twitter once again to sing a short in honour to his son:

“This is for you papa my inspiration ❤️🩹 son I love you very much.
God receive you in his holy kingdom.”

“This lyric is for you, daddy,” he said before starting the song. “I wish this was a dream, I’m still asleep…”, the artist began. In the chorus you can hear: “Vida! Give me back what I love the most, you’re taking an angel to heaven, it hurts me what I’m feeling”, the artist shouted loudly.

Mr Black is one of the best known performers of a musical genre known as Champeta or terrapin that origanated in the carribean coast of Colombia in the early 1980s. The news of the death of his son follows a rising number of Sudden Cardiac Arrests seen across the globe in young athletes.