Volodymyr Zelenskyy outlines his demands for any potential peace deal 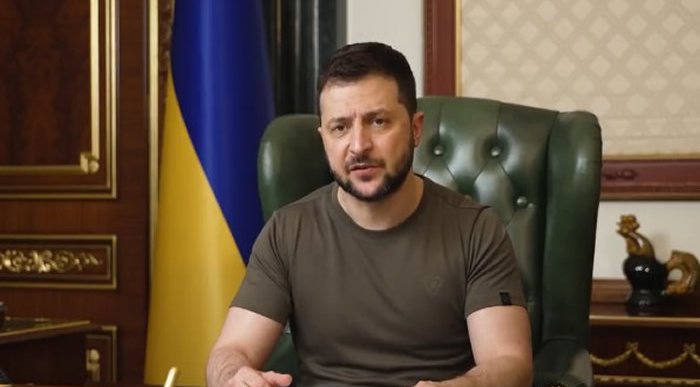 During a video conversation with the UK think tank Chatham House on Friday, May 6, Ukrainian President Volodymyr Zelenskyy gave an insight into what he would require for peace negotiations to work. He assured that Russia has not yet burned all its diplomatic bridges.

Before any thought of accepting a peace deal was possible, Russian forces would need to pull back to where they started from originally he stressed. The only people capable of achieving this are diplomats he added.

“Despite the fact that Russia destroyed all our bridges, not all the bridges are yet destroyed, figuratively speaking”, indicated the President. Mr Zelenskyy made it very clear that he does not care about the eventual fate of Vladimir Putin. He has already accused the Russian president of committing war crimes.

His objective, once the conflict was ended, would be to bring all the displaced Ukrainian citizens back to their homeland Zelenskyy pointed out. Joining the European Union is another goal, as would be rebuilding his country’s economy. What matters most is the Ukrainian people and their territory he said.

The West needs to be aware of the widespread impact this conflict has had on Ukraine Mr Zelenskyy explained: “They should feel our pain – that will unite them – they will never be affected by any Russian propaganda, and they will be helping us all the way”.

With the war more than two months old, peace negotiations between diplomats from both sides, to date, have made little headway. Millions of Ukrainian people have left the country, not knowing if they can ever return, or what would even be there to come home to, with many cities reduced to rubble, as reported by businessinsider.com.