Ferrari bitterly disappointed with their performance in Azerbaijan 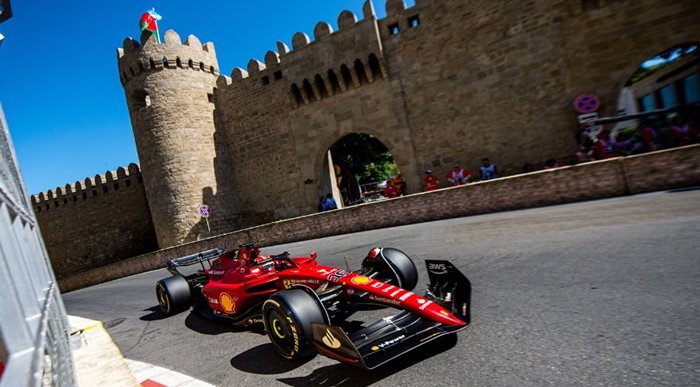 Image of a Ferrari car in Baku. Credit: Ferrari.com

After a poor performance in the Azerbaijan Grand Prix, Ferrari are bitterly disappointed and looking forward to Canada.

Ferrari failed to finish both of its drivers in the Azerbaijan Grand Prix yesterday, Sunday, June 12. Speaking after the race in Baku, a disappointed Scuderia Ferrari spokesperson said: “Today, for the first time this season, and indeed for the first time since Australia 2009, failures linked to reliability meant that Scuderia Ferrari failed to get either of its cars to the finish line”.

They continued: “Carlos’ race ended on Lap 9 with a hydraulic problem, while Charles had to retire after 21 laps with a power unit problem while leading the race”.

“It is very disappointing that for the second time in three races, Charles had to retire his F1-75 while leading, thus missing out on a very possible big points haul. This was Carlos’ third retirement of the season, although it is the first due to reliability problems. The World Championship resumes in a few days’ time with next Sunday’s Canadian Grand Prix in Montreal”, they concluded.

Charles Leclerc, who had started the race on pole, said: “It’s a disappointing outcome for us today. At the beginning of the first stint on the Mediums we weren’t particularly strong, but towards the end of it, we started catching Checo (Perez). During the Virtual Safety Car, we decided to take the opportunity and pit for Hards, which was the right thing to do”.

He added: “It put us in a position where we could lead the race, and what we had to focus on from then on was managing the tyres to the end. We then had an issue with the power unit and had to retire. It’s time to go home and reset before Canada. We have to get on top of things and come back stronger there”.

Ferrari’s other driver, Spain’s Carlos Sainz commented, “Today’s result is hard to accept. After the start, we opened the gap to manage the tyres and try to extend the first stint longer into the race”.

“Unfortunately, a hydraulic problem occurred on Lap 9 and that was it. Together with Charles’ issue, this is definitely a difficult day for the entire team and our fans, as we lost valuable points and mileage. For one reason or another, it’s been complicated to build a strong momentum so far this season”, he added.

“However, we are a very strong team, and I have absolutely no doubt we have the ability and determination to come back stronger. There is still a long way to go this year. On to Canada”, Sainz concluded.

Mattia Binotto, the Ferrari Team Principal & Managing Director, had this to say: “This is undoubtedly a bad day. Compared to last year, we have made great progress in terms of performance, however, there is definitely still room for improvement on the reliability front”.

He explained: “In a week’s time we will be in Canada where we will aim to make up for this. Before then, we will analyse the failures we experienced here and will try to manage them until we can get on top of them. There is definitely still work to do”.