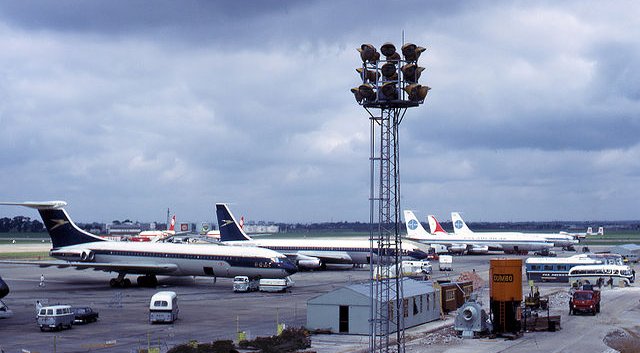 Unions for staff at Heathrow are threatening to bring a summer of travel hell for British holidaymakers by striking during the school holidays it has been confirmed Thursday, June 23, according to The Guardian.

The latest news adds to the continuing post-pandemic airport chaos.

The GMB union is today set to announce the results of a strike ballot of BA check-in and ground staff at Heathrow Airport for later this year.

Separately, members of the Unite union are also balloting around 500 BA check-in staff members at the west-London airport.

Members taking part in the GMB ballot began voting on June 7 for possible strike action later this year. The ballot closes later today, with results also expected to be announced today. The union is expected to vote in favour of the strike. Meanwhile, the Unite ballot, which also began on June 7, is set to close on Monday.

Both unions say the strikes are over a 10 per cent cut in pay imposed on staff during the pandemic when international travel was essentially grounded due to Covid.

BA say they have offered staff a 10 per cent ‘payment’. But union chiefs say the offer is a ‘one-off’ and its members want the full salary returned.

This comes just days after the Euro Weekly brought you the news that EasyJet crew are threatening a nine-day strike.

EasyJet flight attendants who are based in Spain are demanding a 40 per cent salary increase and are planning to strike over nine days between July 1-3, July 15-17 and July 29-31.

The union spokesperson, Miguel Galan, has said: “The company underestimated the outlook which was more pessimistic and conservative and is not yet ready for the demand.”

However, he insisted, “the union hoped an agreement could be reached to avoid the walkout.”

The latest announcement follows the bombshell that easyJet revealed plans to cut more UK flights over the busy summer period.

Up to 10,000 of 160,000 flights on sale for July, August and September may no longer go ahead because of the continued disruption in the travel industry.

Johan Lundgren, EasyJet chief executive, confirmed “I can’t tell you how many flights will be impacted as we need to work this through. It would be misleading for me to give any numbers today because we simply don’t know.”

Then added, “delivering a safe and reliable operation for our customers in this challenging environment is EasyJet’s highest priority.”

“We are sorry that for some customers we have not been able to deliver the service they have come to expect from us.”