Madrid goes into partial lockdown ahead of NATO summit 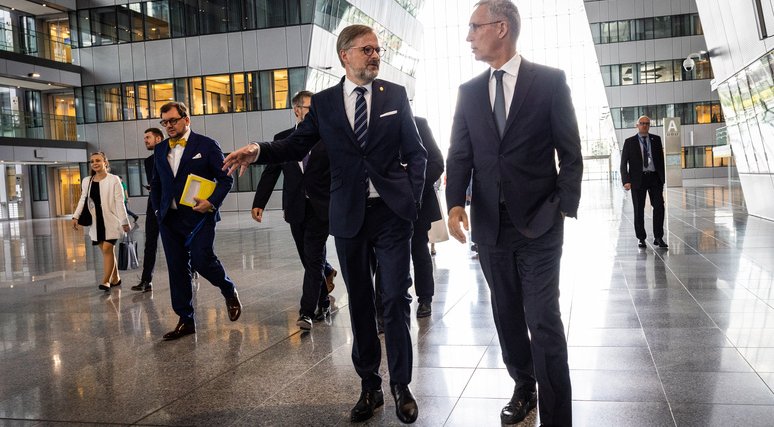 Madrid has gone into a partial lockdown ahead of the NATO summit later this week, with TV networks reporting an increased police presence and major disruption to traffic and public transport services.

The city is in a heightened state of alert as security services conduct sweeps ahead of the summit to be held on Wednesday and Thursday, June 29 and 30. Roadblocks are in operation across all access points into the city slowing the flow of traffic, whilst train stations and other public transport nodes are seeing a higher police presence.

Anti-NATO demonstrations over the weekend caused some disruption and are expected to add to the delays and difficulties of moving around Madrid this week, with some areas closed to the public altogether.

The summit will see 40 international leaders come together along with roughly 5,000 ministers and support staff. They will be protected by 10,000 officers from the security forces.

With 10,000 security personnel, 6,550 national police and 2,400 Guardia working to protect the city along with local emergency services, residents and visitors to Madrid are being warned that they face major disruption and the possibility of personal security checks.

The metro station closest to IFEMA, the venue of the talks, will also be closed for the week and is only due to reopen on Friday.

Cyber security has also been stepped up with special protection for telecommunication systems and the management of the summit, whilst added measures are being taken across all Spanish security forces.

Venues such as the Prado Museum will also be closed from Tuesday evening through to Friday as these will be used for working dinners as part of the NATO summit in Madrid.

No public will have access to the area surrounding the Royal Palace, the Royal Theatre and the Reina Sofía Museum and the axis of the Paseo de la Castellana (for the hotels where many delegations will stay).

Barajas (Madrid International) airport and the Torrejón Air Base will also be affected with passengers urged to check the changes before continuing to the airport. They are also advised to allow for extra time as there will be increased security checks.

Areas affected outside of Madrid include the Royal Site of San Ildefonso and the Royal Glass Factory of La Granja, in Segovia. These venues will host the wives of NATO leaders.

According to EFE the following will be affected:

The security services have asked residents to avoid travelling into Madrid if at all possible with increased security, closures and diversions likely to cause severe delays and cancellations of services. The partial lockdown of Madrid ahead of the NATO summit is said to be especially important this year in light of the war in Ukraine and the tensions with Russia.