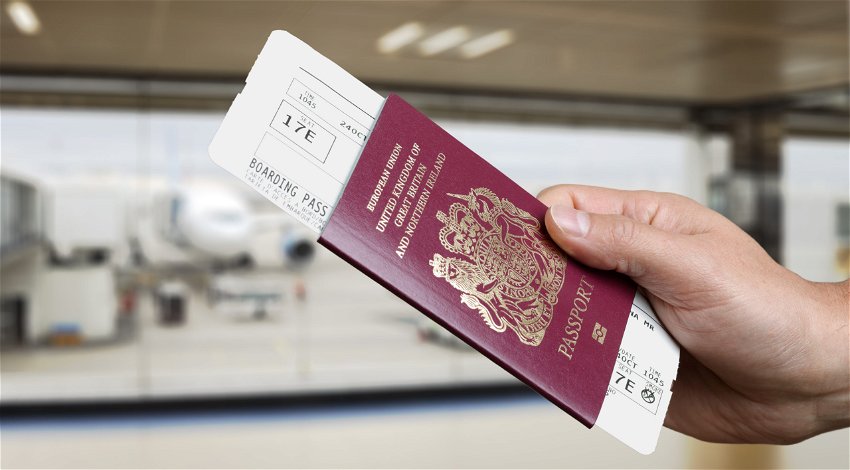 SPAIN has been forced to introduce a new passport rule for UK travellers at some of the country’s busiest airports, as more and more Brits head abroad following the removal of many travel restrictions.

Following Brexit, queues for Brits at Spain’s non-EU passport gates have increased as holidaymakers from the UK flock to the Spanish sunshine to enjoy some of the country’s beautiful beaches and stunning cities.

After leaving the EU, British tourists arriving in Spain had been unable to use the e-gates at the country’s airport which had resulted in “undesirable queues”.

In fact, with the UK outside the EU, Spanish airports with the highest traffic of British travellers have already gone from having 1,456 officials in 2019 to 1,726 in 2022.

The number of Brits visiting Spain accounts for more than 20 per cent of the foreigners who arrive annually in the country.

This volume of travellers at Spain’s airports has also affected those trying to get connecting flights.

According to airline Iberia, since March, around 15,000 passengers missed their connecting flight as a result of these long queues.

Spanish police union, Jupol, noted that with “summer just around the corner, there will be a notable increase in passengers who will take longer to pass the controls. Therefore, there is no doubt that there will be more congestion.”

To combat this, as of June 20, a new rule was put in place by Spain’s Interior Ministry to ease pressures at some of the country’s busiest airports.

Now, Spain’s busiest airports have been reinforced with around 500 extra police officers and Brits are able to use the e-gates.

This means that tourists visiting Spain from the UK will be able to scan their passports just like any Schengen and EU citizen.

The Interior Ministry announced the changes at the following airports:

The new passport rule from Spain’s Interior Ministry has been a welcomed relief for many Brits, however, it has not altogether improved the speed of queues due to one extra rule.

This has led to reports of separate queues designated for UK citizens at some of these Spanish airports for passport stamping.

“A Schengen visa is a short-stay visa that allows a person to travel to any members of the Schengen Area, per stays up to 90 days for tourism or business purposes,” the Schengen Visa Info website reads.

Stamping of passports allows authorities to ensure Schengen visas are not being broken by travellers.

Travel advice from the UK’s Foreign, Commonwealth & Development Office (FCDO) advises those travelling to Spain to “check your passport is stamped if you enter or exit the Schengen area through Spain as a visitor.”

It added: “Border guards will use passport stamps to check you’re complying with the 90-day visa-free limit for short stays in the Schengen area.

“If relevant entry or exit stamps are not in your passport, border guards will presume that you have overstayed your visa-free limit.

“You can show evidence of when and where you entered or exited the Schengen area, and ask the border guards to add this date and location in your passport.

“Examples of acceptable evidence include boarding passes and tickets.”