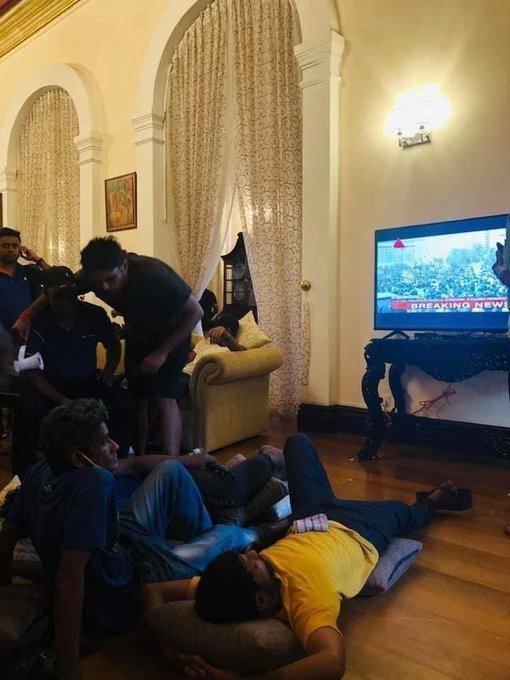 The President’s office in Sri Lanka has confirmed President Gotabaya Rajapaksa’s resignation after weeks of riots and ultimately the occupation of the presidential palace and many government buildings.

The confirmation from the president’s office came on Monday, July 11 two days after protestors stormed government buildings. In a move not dissimilar to that of UK Prime Minister Boris Johnson, Rajapaksa had held on for as long as he could.

The whereabouts of Rajapaksa are unknown although the BBC believe that he may be on a navy vessel that is currently at sea.

Rumours had persisted that he had resigned but the majority of Sri Lankans were sceptical that he had, but today’s announcement by Prime Minister Ranil Wickremesinghe’s office confirmed that Rajapaksa would step down on Wednesday.

Wickremesinghe has also said that he will step down, however, Sri Lanka’s constitution the resignation can only formally be accepted when a formal resignation letter is submitted to the parliament Speaker. No such letter has been forthcoming.

Rajapaksa is blamed for the country’s economic woes, with mismanagement of the economy resulting in shortages of food, fuel and medicine.

This is not bankrupt Sri Lanka but World’s second largest economy – China.

Public protesting as many Chinese rural banks has frozen their bank accounts.

Political Analyst and Human Rights Lawyer Bhavani Fonseka told Reuters: “The next couple of days are going to be extremely uncertain times as to see what transpires politically,” adding that it would be interesting to see if the claimed resignations actually take place.

Sri Lanka’s parliament has been meeting to discuss how to move forward with the hope that a new cross-party government can be formed within a week of Rajapaksa actually stepping down.

Although the President’s office has confirmed the resignation after demonstrators occupied the presidential palace, the reality is that he is still in post until such a time as his formal written resignation is delivered to the speaker. When that will occur is anyone’s guess with his whereabouts unknown.