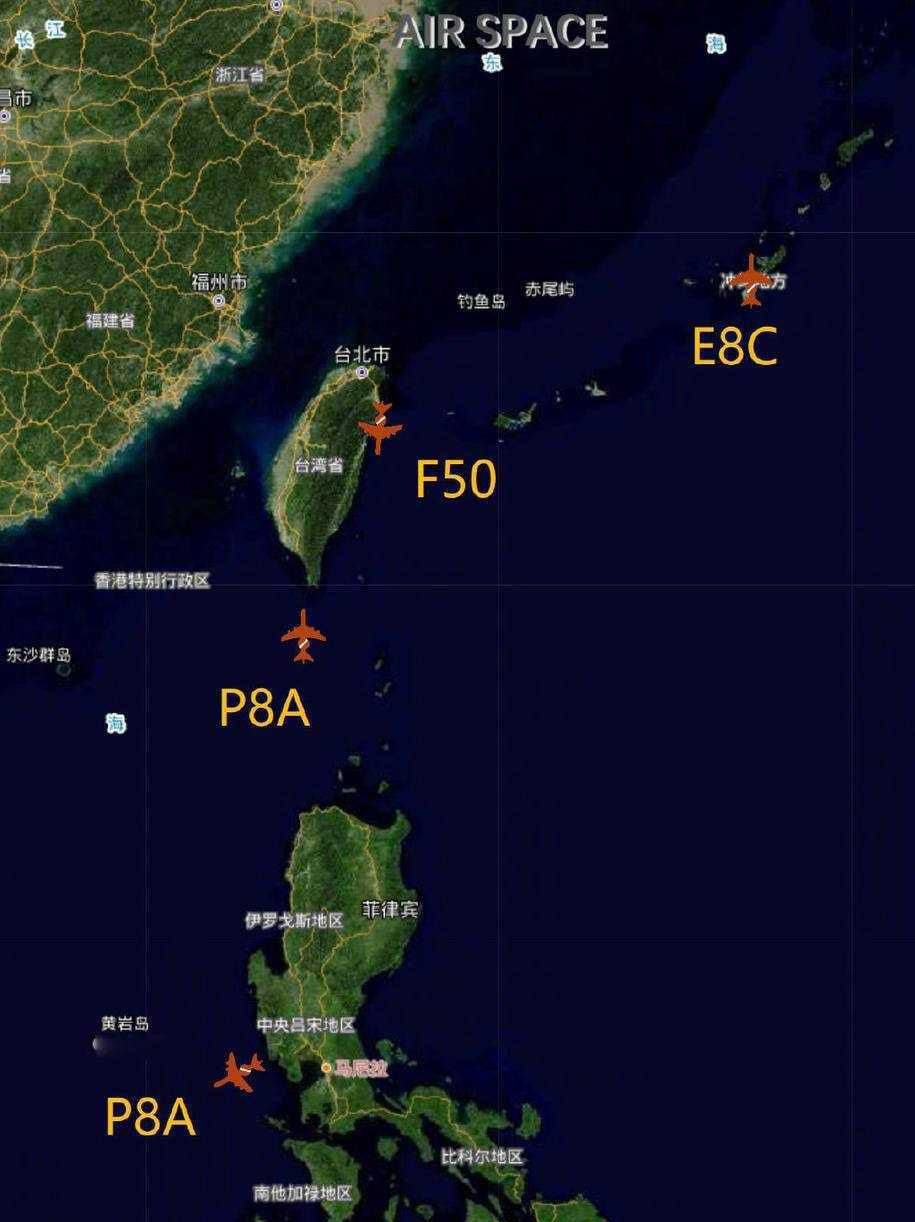 US surveillance planes have reportedly taken to the skies in Taiwan, as tensions with China are continuing to rise over the US visit, as reported on Tuesday, August 2.

The news of US surveillance planes patrolling Taiwan’s skies in preparation for potential conflict with China, was shared on Twitter, with one user posting:

US surveillance planes in the skies around #Taiwan amid high tension between Taiwan & #China #Taiwanchina pic.twitter.com/BKnBftVQuS

The information was confirmed by Chinese state media:

“Data showed that four military reconnaissance planes: 2 US P8A anti-submarine patrol aircraft, and 2 Fokker 50 turboprop aircraft from Taiwan island had been moving around the island over recent days.”

“A US Burke-class destroyer was found moving in the waters to the east of the Philippines at 8:58 am this morning by a Planet Labs satellite belonging to a Chinese company, the Global Times learned.”

Data showed that four military reconnaissance planes: 2 US P8A anti-submarine patrol aircraft, and 2 Fokker 50 turboprop aircraft from Taiwan island had been moving around the island over recent days. https://t.co/5hm0w5DivO

The rising tensions come after Nancy Pelosi, speaker for the United States House of Representatives, has enraged China after talks of a possible US visit to Taiwan, a move that would potentially recognise Taiwan as an independent sovereign state, and not as the Republic of China.

However, many politicians are concerned that now that the news of the hypothetical visit has spread, if the US does not send Pelosi, it will look like the nation has backed down in front of China.

Reports of protests in the US regarding the visit have also been reported:

Around 100 anti-war activists and Chinese Americans protested outside of the Federal Building in San Francisco on Mon, urging US House Speaker Nancy #Pelosi to cancel the possible trip to the island of #Taiwan, the San Francisco Standard reported. pic.twitter.com/4Yi23eQOUv

Many other took to Twitter to voice their opinions on the matter:

@SpeakerPelosi brings no nuclear weapons with her on her Congressional delegation's tour of Asia. This is normal legal activity for US Congress. What a strange claim by @globaltimesnews that a grandmother from California is like the Cuban missile crisis. She is not bringing nukes

In a world with severe supply bottlenecks, with a U.S. suffering of high inflation and lack of capacity in semi-conductors, causing a new crisis in Taiwan does not seem clever from a US official. Prepare yourself, make semi-conductors at home, and then do what you want in Taiwan

FFS, not content with prodding Russia over Ukraine, the US is now prodding China over Taiwan. Do they want war?

Oh, Pelosi's visit to Taiwan provokes China. Well what are they going to do, angrily wave their fists at her from the mainland? Write a strongly worded letter to the US? Piss their pants maybe?

Actually as stated last night, US have visited before to Taiwan.
This has been done for decades, nothing has changed.
The question we need answers to, is why has China changed its stance? I mean it isn't making sense.

In addition a “Get ready for war!” message was posted by China’s People’s Liberation Army (PLA) 80th Group over the US visit to Taiwan, as reported on Friday, July 29.

Videos of Chinese military vehicles and equipment driving on the beaches and roads of the Fujian province have also emerged as reported on Tuesday, August 2.