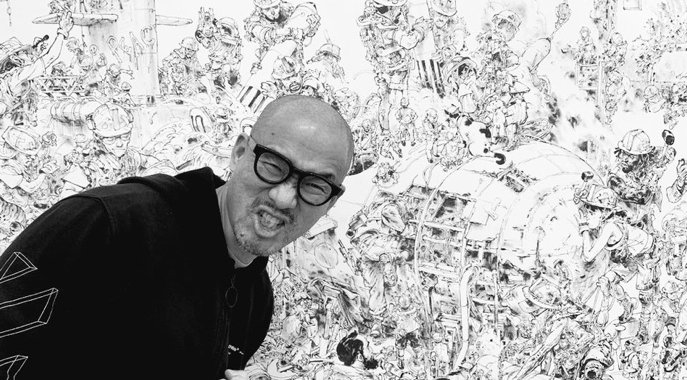 TRIBUTES continue to flood social media after it was revealed that legendary Korean artist Kim Jung Gi had died suddenly at the age of 47 after suffering a heart attack at an airport in Europe.

The sudden heart attack death of the Korean artist was announced via his Twitter account on Wednesday, October 5, which read: “It is with great sadness and a heavy heart that we inform you of the sudden passing of Kim Jung Gi.”

“After finishing his last schedule in Europe, Jun Gi went to the airport to fly to New York, where he experienced chest pains and was taken to a nearby hospital for surgery, but sadly passed away.”

“Absolutely tragic. He was one of my all-time favourite artists and his skills were legendary. If you’re unfamiliar, please do yourself a favour and go check out his incredible body of work. He was on another level. Rest in peace.”

Absolutely tragic. He was one of my all time favorite artists and his skills were legendary.

If you're unfamiliar, please do yourself a favor and go check out his incredible body of work. He was on another level.

“We lost another legend. 😔May you rest in peace. #KimJungGi”

We lost another legend. 😔May you rest in peace. #KimJungGi pic.twitter.com/N9ioDzEjsS

Legendary Korean artist passed away at age of 47. pic.twitter.com/6rhSIHKJjM

“RIP to an absolute master of his craft, Kim Jung Gi.”

It was revealed by the Daniel Maghen Gallery that Jung Gi died in Paris on Monday, October 3.

“It is with great sadness that we inform you of the death of Kim Jung Gi on Monday evening in Paris. The South Korean artist died after a heart attack at the age of 47,” the gallery, which is currently displaying his work, wrote on Instagram.

“His sudden disappearance contrasts with the immense happiness he brought us. We are speechless…

“All our thoughts are turned to his family, his wife and his two children, his friends, his collaborators Kim Hyun Jin, Boin Lee, Jean-Christophe Caurette… and his fans, for whom his disappearance will leave a great void.”

The Daniel Maghen Gallery will be displaying his work until Saturday, October 8 at the request of Kim’s family.

The news of Kim’s death comes after Kazuki Takahashi, a beloved Japanese manga artist was found dead in Okinawa, Japan.

The 60-year-old manga artist was found at 10.30 am on July 6, after the Coast Guard received reports of a man drifting face down in the sea, a rough 300 metres offshore from Awa, Nago City, Okinawa.

Prior to that, Tim Sale, an Eisner Award-winning comic book artist famed for his work on the Batman adventures, passed away aged 66.

Sale died late on Thursday, June 16 after being admitted to the hospital with severe health issues on Monday, June 13.

Jim Lee, Chief Creative Officer-Publisher for DC, said at the time: “I regret to share the very sad news that the legendary artist Tim Sale has been admitted to the hospital with severe health issues. Tim, I am praying for you, buddy. Stay strong & know that your legions of fans around the world loves & cherishes you & your amazing talent.”

“It’s with a heavy sadness that I must announce that Tim Sale passed away today. He passed with the love of his life beside him, and loves all of you very much. Please share photos and stories under this post, as we hope to share them with the community.”