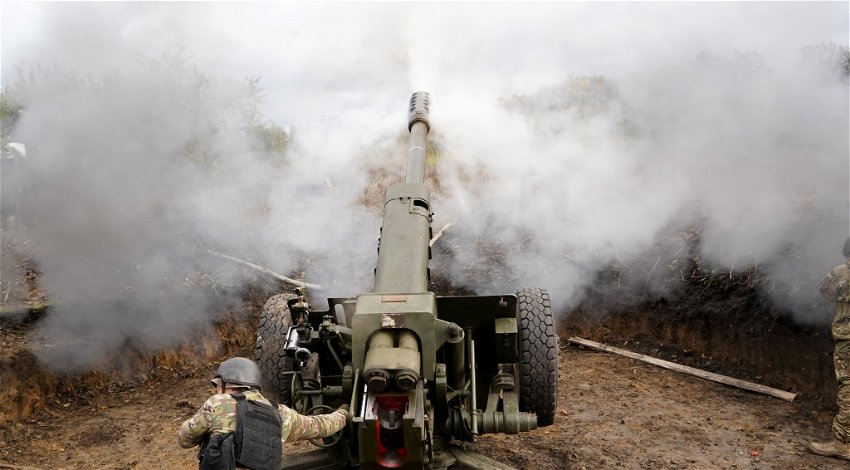 ON Monday, August 22, Ukraine’s Ministry of Defence published updated figures of combat losses inflicted on Russian armed forces since the beginning of the war, including the destruction of more drones (UAVs).

Another 12 Russian drones were destroyed by Ukrainian forces on Friday, October 7, according to Ukraine’s military update on Russia’s combat losses since February 24.

Around 380 more soldiers from Russia were killed by Ukrainian forces, which saw the number of Russian soldiers that have lost their lives fighting in the conflict rise to around 62,060, according to Ukraine’s MoD.

The other significant increase in figures is the loss of four Russian artillery systems which takes the number destroyed by the Ukrainian army to 1459.

Загальні бойові втрати противника з 24.02 по 08.10 орієнтовно склали / The total combat losses of the enemy from 24.02 to 08.10 were approximately pic.twitter.com/QZAXWxAoKm

The General Staff of the Armed Forces of Ukraine revealed that Putin’s army had suffered the greatest losses on Friday, October 7 in the Donetsk, Bakhmut and Kramatorsk directions.

A detailed breakdown of the 227th day of the war shows that the loss of the six Russian tanks now means Ukraine has destroyed 2472, while the destruction of 18 more APCs now means that Putin’s army has now lost 5111 in total.

The destruction of another Russian MLRS takes the number destroyed by Ukraine to 345 in total.

One Russian helicopter was also downed by Ukraine’s Armed Forces, which takes losses up to 234 and the destruction of one more Russian special equipment brings the total number destroyed during the conflict to 136.

What a day today 😅

380 more good russians and the award for #Bavovnyatko pic.twitter.com/hhNGU2VWCw

The Ukrainian MoD released the Russian combat loss figures after Russia accused Ukraine of blowing up the Crimean Bridge on Saturday, October 8.

In fact, Russia’s State Duma called the explosion on Crimean Bridge a “declaration of war”.

Deputy Oleg Morozov told RIA Novosti that the explosion on Russia’s Crimean Bridge was “a blatant terrorist war is being waged against us.”

“Moreover, the long-announced terrorist attack on the Crimean bridge is no longer just a challenge, it is a declaration of war without rules,” he said.

Morozov added that if there is no “adequate” response, such incidents will occur more often.

“If we keep silent in response and do not give an adequate response, such terrorist attacks will multiply,” he said.

The head of the Crimean parliament, Vladimir Konstantinov, suggested that “Ukrainian vandals” damaged the bridge.