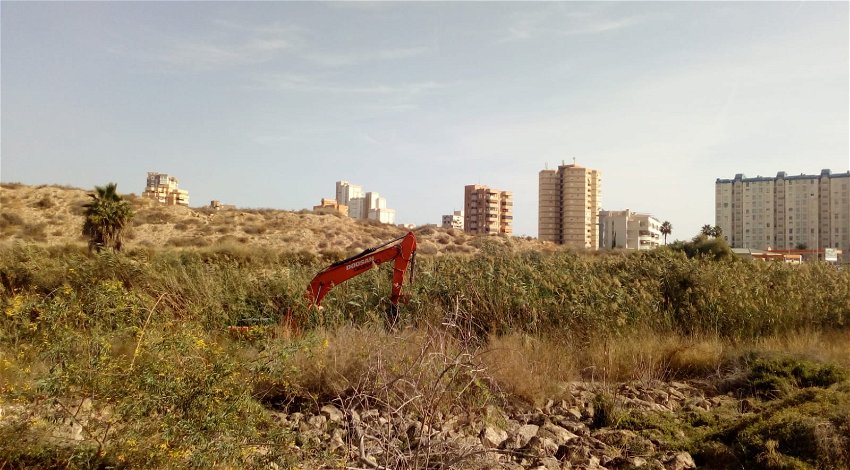 Reeds cleared EL CAMPELLO town hall is removing vegetation and common reeds from the bed of the River Seco to clear the channel and reduce the risk of flooding during periods of heavy rain.  This will also help to control mosquitoes by eliminating stagnant sections, said Environment councillor Rafa Galvañ.

Warm water ACCORDING to Alicante University’s Climatology Laboratory, climate change means that the Costa Blanca’s summer season now begins in June and ends in late October.  The panel of experts also noted that summer sea temperatures average 24 degrees when in the past these did not rise above 21 degrees.

Local hopefuls STATE broadcaster RTVE is already preparing the 2023 series of Benidormfest galas that will be held in Benidorm in January and February next year to choose Spain’s entry for the Eurovision Song Contest.  The 18 contestants will include two singers from Alicante province, Blanca Paloma and Sofia Martin.

Abandoned boat A SAILING boat that ran aground in Cala Sardinera in Javea during storms at the beginning of October was still there at the end of the month, with its tender attached. Locals say that as far as anyone knows, no attempt has been made to salvage the boat.

Beach rules CHANGES to Denia bylaws will allow dogs on the town’s beaches once the swimming season has ended.  Meanwhile, last year’s ban on beach bonfires on St John’s Eve on June 23 has been made permanent and there are plans to extend the no-smoking rule to cover all beaches.