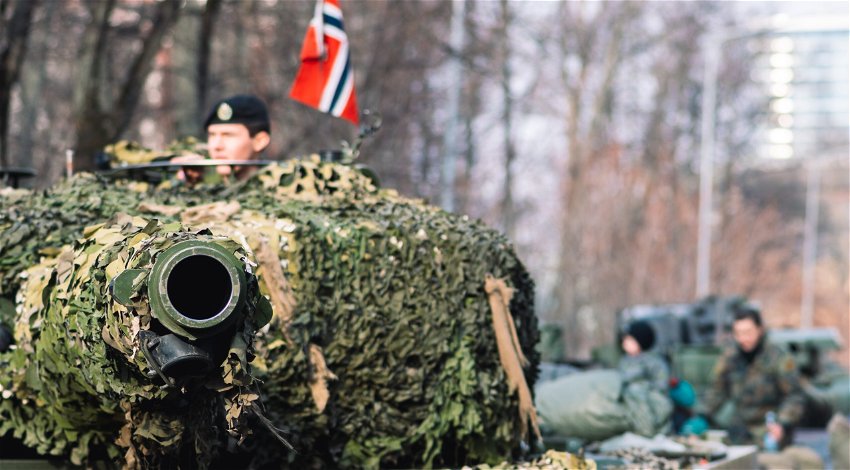 THE government of Norway has increased the Norwegian Armed Forces’ readiness, as reported on Monday, October 31.

Norway’s Prime Minister Jonas Gahr Støre announced on October 31 that it was increasing the readiness of the Norwegian Armed Forces – strengthening its level of readiness from the ‘normal situation’ phase 0 readiness to phase 1.

According to Norwegian news outlet NRK, the increase in emergency readiness for the country’s army should have been processed by the government’s insurance committee on Friday.

However, Gahr Støre, announced that the armed forces will now change their readiness level in line with the phase in NATO’s joint planning framework.

“We are in the most serious security policy situation for several decades,” Støre said.

It is believed the increase in military readiness is due to the uncertainty about Russia’s attacks on Ukraine, the sabotage against the Nord Stream gas pipeline, and “what is perceived as increased Russian intelligence in Norway,” NRK reported.

Prime Minister Jonas Gahr Støre continued: “On the ground, Russia is now experiencing great resistance. This leads to Russia resorting to other means.

“Today we have no reason to believe that Russia will wish to involve Norway or other countries directly in the war.”

Speaking about the increase in the country’s Armed Forces’ level of readiness, Støre added: “We are doing this because the situation dictates it.”

Norway’s Defense Minister Bjørn Arild Gram said: “It is a development over time which means that the Norwegian Armed Forces are now entering a new phase in their planning.”

Norway’s Chief of Defense Eirik Kristoffersen said: “The most important task of the armed forces is to preserve our peace and security, and to prevent conflict.

“In order to solve this task, we must adapt our activity to the situation we find ourselves in at any given time.”

He added: “We are now doing this by reprioritising parts of our planned activities in order to strengthen our readiness, our operational ability and our endurance.”

The news comes after Norwegian soldiers were deployed to guard oil facilities throughout Norway.

From Monday, October 3, soldiers from the Norwegian Home Guard have provided increased security at oil facilities in Rogaland, Vestland and Møre og Romsdal.