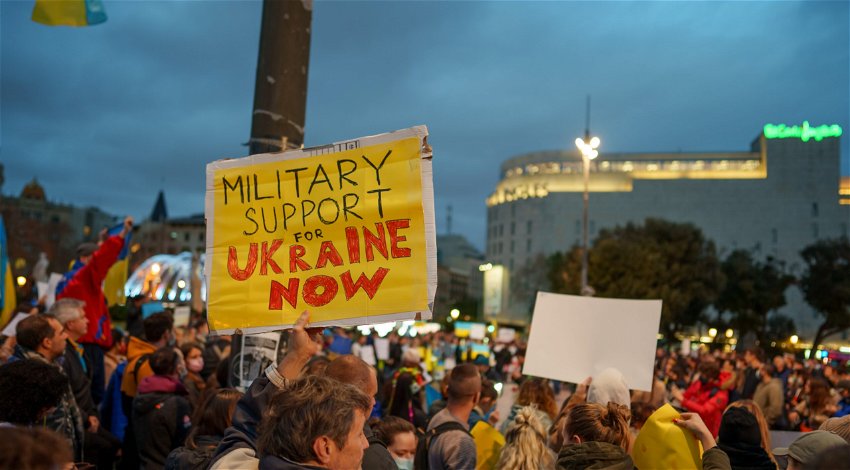 Spanish Prime Minister Pedro Sanchez said confirmed “Spain’s commitment and support to the people and government of Ukraine” as the country’s Minister of Foreign Affairs arrived in Kyiv.

Jose Manuel Albares arrived in Kyiv on November 2 “to convey Spain’s commitment and support to the people and government of Ukraine in the defence of their sovereignty, peace and freedom; and to support and thank the members of the Spanish Embassy in Ukraine @EmbEspKyiv for their work.”

Just arrived in #Kyiv to convey Spain's commitment and support to the people and government of #Ukraine in defense of its sovereignty, peace and freedom; and support and thank the members of the Embassy of Spain in Ukraine @EmbEspKyiv for their work.

Pedro Sanchez said about his Foreign Affairs minister arriving in Ukraine: “Our commitment to Ukraine is firm. Spain is sending new aid material to Kyiv today.

“We will continue to support Ukrainian sovereignty in the face of Putin’s illegal aggressions and to work for the reconstruction of the country.”

The news comes after Spain’s Ministry of Defence announced that it would send an emergency generator to Ukraine following recent Russian attacks on electrical infrastructure.

On Thursday, October 20, Spain’s MoD said: “In view of the recent Russian attacks on the electrical infrastructure, which have seriously affected the electricity supply to Ukrainian citizens, and in response to the urgent request for this support agreed by the Defence Contact Group for Ukraine, the Ministry of Defence is going to proceed immediately to send generators to that country.

It added: “The generators have already been transferred to the defence logistics operator and will be transported over the next three days by land to the logistics hub for the reception and distribution of aid material to Ukraine, located in Poland.

“This new Spanish shipment once again reflects the speed and agility of our country in responding to Ukraine’s most urgent needs on the ground.”

On Thursday, October 27, Reznikov and Robles discussed the current situation in Ukraine and various aspects of the Spanish military support provided to the war-torn country since the beginning of the Russian invasion.

Reznikov shared his gratitude to Spain for its support over the past eight months.

He added that he “greatly appreciated the speed of Spain’s reaction to the new needs that have arisen on the ground.”

He referenced Ukraine’s “need for anti-aircraft launchers and electrical generators.”

He said that Spain was “the first country to respond.”

Reznikov also expressed his gratitude for the “systematic and continuous nature of Spanish military aid.”

He said that Ukraine valued the variety of “support in terms of armaments, ammunition and equipment, and the speed of deliveries.”

Originally from the UK, Matthew is based on the Costa Blanca and is a web reporter for The Euro Weekly News covering international and Spanish national news. Got a news story you want to share? Then get in touch at [email protected]weeklynews.com.