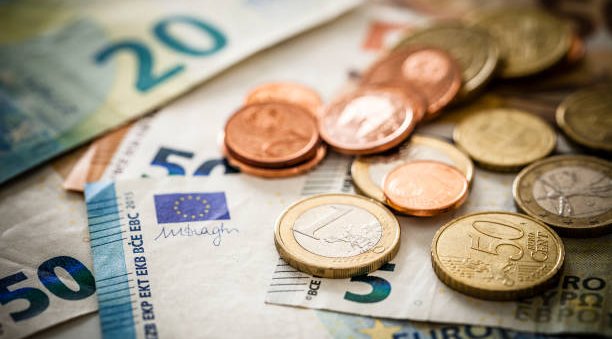 Given the pressure the war has already placed on the Eurozone economy, EUR investors were unsurprisingly spooked by the apparent escalation of the conflict in recent weeks.

However, helping to temper the euro’s losses has been the expectation that the European Central Bank (ECB) will deliver another aggressive interest rate hike at the end of October.

Looking ahead, the immediate focus for EUR investors will be the ECB’s upcoming interest rate decision. With a 75bps hike largely priced in, any movement in the euro is likely to be tied to the bank’s forward guidance. Signals the bank will continue to raise rates aggressively could bolster the single currency.

It’s been an eventful few weeks for the pound, which traded with extreme volatility since the unveiling of the government’s much criticised mini-budget.

The initial fallout of the budget saw GBP/USD strike a new record low, with a full-blown Sterling crisis only being narrowly avoided following a timely bond market intervention from the Bank of England (BoE).

A series of U-turns regarding the budget infused further volatility into GBP exchange rates through the first part of October. As the government sought to calm market jitters.

The sacking of Chancellor Kwasi Kwarteng and the scrapping of almost the entire budget by his successor Jeremy Hunt, offered some respite for the pound. Before Liz Truss’s resignation as PM injected fresh volatility into the currency.

The coming month is likely to see trade in the pound remain highly erratic. Political uncertainty
remains a key risk to Sterling, while an oversized interest rate hike from the BoE could also infuse
volatility into GBP exchange rates.

The US dollar continued to draw support over the past four weeks, as skittish investors continued to favour the safe-haven currency.

This souring mood was attributed to the UK’s fiscal chaos, ongoing global recession fears and concerns over the war in Ukraine.

Federal Reserve interest rate hike bets also continued to underpin demand for the US dollar in recent weeks. USD investors expect the Fed to continue raising rates aggressively through the end of 2022.

However, it wasn’t all plain sailing for the ‘greenback’, with some underwhelming US data
releases weighing on USD exchange rates at certain points throughout the month.

Going forward, the US dollar is likely to remain well supported as global recession fears continue to dictate market sentiment, with the prospect of another 75bps rate hike from the Fed also likely to underpin USD exchange rates.