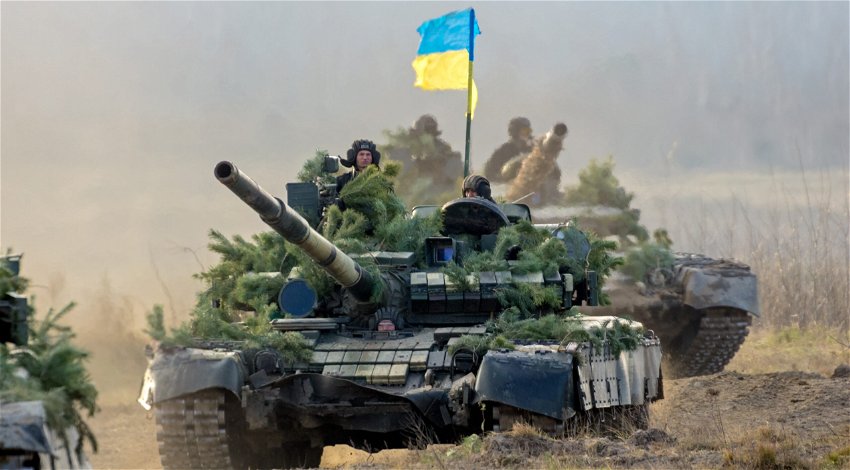 UKRAINE’S Deputy Minister of Defence, Hanna Malyar, said that Ukrainian Armed Forces are consolidating their positions in the de-occupied territories and are preparing for a new offensive.

Malyar said that work continues for the Ukrainian Armed Forces after experiencing some success in Bakhmut and admitted that troops are preparing an offensive in the de-occupied territories of Ukraine.

“If we talk in general about the situation on the frontlines, it can be described as preparation for the liberation of our territories and consolidation on the territories that have already been liberated,” she said on Thursday, November 3 via nv.ua.

Malyar added that Russian forces were actively trying to reach the borders of the Donetsk region.

“The epicentre of this week is Bakhmut, Soledar and Donetsk direction in general,” she added.

“Sometimes the enemy makes dozens of attacks there per day. There is a mutual movement between both sides.

“If the enemy manages to advance somewhere, there is an immediate reaction of the Ukrainian defence forces,” she added.

In the Bakhmut region of Ukraine, the Armed Forces of Ukraine shot down a Russian Mi-8 helicopter, reportedly belonging to the Wagner Group.

On Tuesday, November 1, Ukrainian journalist Denys Kazanskyi shared a video of the incident and wrote: “Near Bakhmut, a Russian Mi-8 helicopter belonging to the Wagner PMC was shot down. Judging by the messages in the enemy telegram channels, there were officers who died in it.”

“But the most interesting thing is that the helicopter was most likely Belarusian. The side numbers and the flag of Belarus were painted over on it, but they can be identified.

“Apparently, the Russian Federation has a very bad situation with equipment and aviation, and Lukashenko’s pushes have already been used.”

Kazanskyi’s mention of Belarusian President Lukashenko comes after Ukraine mocked Belarus for ‘not having a properly equipped “strike force” to launch an offensive’.