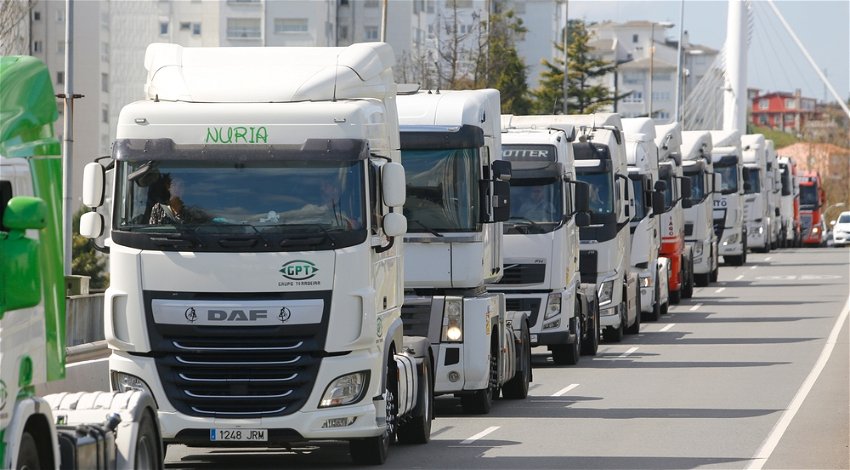 13:56 (November 15) – According to news agency ElDiario, the truck drivers have called of their indefinite strike just one day after starting it.

The strike, which received less support than the previous one, has been short-lived partly due to the lack of support but also due to the quick action by the government.

The Plataforma Nacional Defensa Sector del Transporte added that the strike had to be suspended as those involved had been net with “persecution, harassment and inconceivable coercion by different authorities, where the right to unemployment is not being respected.”

According to a spokesperson for the truck drivers: “From the moment that the strike call was made, a tireless campaign of harassment and demolition began by porters, associations of the national transport committee, government unions, some media and a specific political part, to intentionally try to discredit as much as possible and the impossible the mobilisations announced by Platform. ”

11:00 (November 14) – Spain has moved to protect consumers from the effects of the truck driver’s strike, which could result in distribution shortages and factory shutdowns.

With effect from Monday, November 14 special police units will be deployed to strategic locations to ensure the continued flow of goods. Where necessary the police working in partnership with the Department of Transport, will escort delivery trucks to their destination.

The strategic points include facilities such as the transport centre in Coslada, the MercaMadrid and the port of Barcelona.

Points that are considered strategic are based “on security forecasts and analyses to guarantee the free movement of goods and prevent incidents,” according to a spokesperson for the department.

The situation will also be monitored closely with regular follow ups by the government to ensure that the striking drivers do not inhibit the flow of goods.

In addition, the police have said they will not tolerate the violent acts and public disorder that accompanied the strike earlier this year.

By all accounts the majority wish to continue working and have called on the government and the strikers to ensure they can do so safely.

This time around the government is prepared for the strike having learned from the many mistakes they made earlier this year. Those led to shortages of some products in parts of the country.

The large supermarkets are keen for this not to happen again and are working with the department to ensure that products move freely. Similarly, industry has called on the government to ensure that factories can continue to operate and that goods can be both delivered and exported.

At the heart of the strike is the claim by the small private hauliers that they continue to work at a loss despite the government having put in measures to prevent this from happening. Although the organisers of the strike have met with the relevant government ministers, the decision was still taken to go-ahead and down tools.

It is understood that further meetings will take place but for now Spain has moved to protect consumers and producers.