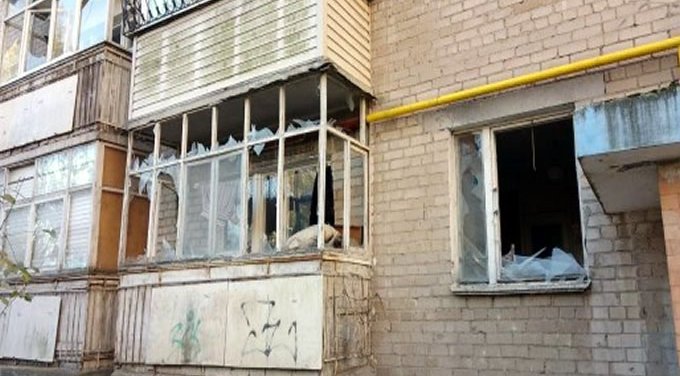 Image of the explosion in a house in Melitopol, Ukraine. Credit: Telegram Ivan Federov

Dmitry Trukhin, a known Russian collaborator, is in a serious condition in hospital after his home exploded in the Ukrainian city of Melitopol.

A known Russian collaborator, Dmitry Trukhin, was hospitalised this Tuesday, November 15, after a large explosion ripped through his home in the Ukrainian city of Melitopol. The incident was reported on social media by Ivan Federov, the city’s mayor.

Federov described the explosion which was a suspected attempt on Trukhim’s life as: “A loud end to the career of the occupiers’ accomplice Dmitry Trukhin, right at the entrance of his house”.

Posting on his Telegram channel, Federov explained Trukhin’s history of working with what he called the ‘invaders’. He wrote about how he had worked with Balitsky and Danilchenko, two previous governors of Melitopol.

Trukhin had been a member of the Melitopol City Council and acted as a deputy in three assemblies said Federov, including the Communist Party and the Opposition Platform for Life. He was also known to have participated in illegal ‘basement’ sessions of the City Council.

Under the previous government, he was the director of KP ‘Communal Property’ but when Federov was elected, he expelled Trukhim from his post. Since the start of the conflict in Ukraine, Trukhin had become a close henchman of the occupying forces added Federov.

He had returned to his position with KP ‘Communal property’ from where he oversaw the illegal distribution of land and property. Using this position, he helped raise money to finance the recent pseudo-referendum Federov stated.