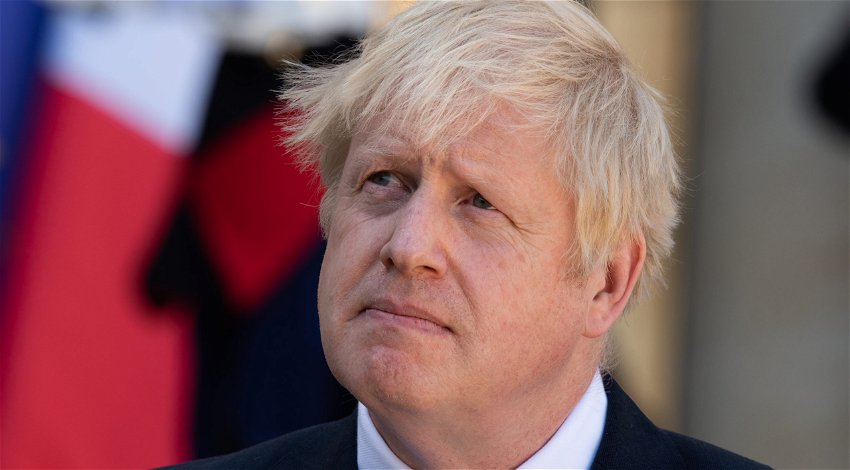 Germany has accused Boris Johnson of “having his own relationship with the truth” after his claims that Berlin wanted Ukraine to capitulate so as to avoid a long war.

The statement comes on Wednesday, November 23, the same day he claimed France was in denial about Russia’s threat to Ukraine and Italy was too reliant on cheap fuel.

Johnson was interviewed in Lisbon where he went on the offensive in a rather odd rant at the leaders of nations he claimed when in power, were friends of the UK.

He said that the three most powerful nations in Europe had failed in their initial approach to the threat from Russia.

Steffen Hebestreit, a spokesperson for the German chancellor, said. “We know that the very entertaining former prime minister always has his own relationship to the truth – that’s no different in this case.”

A source close to Italy’s former premier Mario Draghi suggested that Johnson had changed his tune saying: “Boris Johnson in the past has been very appreciative about Italy’s role in supporting Ukraine against the Russian invasion.”

"It s a disgrace. But what credit can one give to a compulsive liar. Can’t wait for his memoirs. Will be as close to truth as a Jules Verne’s novel."https://t.co/fIhOR4CiUs

Johnson went on to tell CNN that the different views on the Russian threat had fuelled tensions between governments in the west.

He claimed: “The German view was at one stage that if it were going to happen, which would be a disaster, then it would be better for the whole thing to be over quickly and for Ukraine to fold.

“I thought that was a disastrous way of looking at it. But I can understand why they thought as they did.”

Later he accused the French president of failing to anticipate the invasion saying: “Be in no doubt that the French were in denial right up until the last moment.”

Macron tried the diplomatic approach to bringing an end to the conflict but achieved little, with other leaders believing that Putin was not possible to negotiate with. General Eric Vidaud, the head of France’s military intelligence, was given the boot in March in what newspapers reported was for failing to anticipate the invasion.

Italy was in the early days of the war taking an opposing position to the majority of the EU, with Draghi accused of vetoing tough sanctions. Johnson said, “at one stage simply saying they would be unable to support the position we were taking.”

Draghi in time became one of the strongest supporters of Kyiv in its efforts to defend itself, with Johnson finishing by commending the bloc for later coming to Ukraine’s aid. He said: “The EU has done brilliantly.”

Johnson, who cozied up to Ukraine’s Zelensky added: “What happened was everybody – Germans, French, Italians, everybody, Joe Biden – saw that there was simply no option because you couldn’t negotiate with this guy [Putin].

“After all my anxieties… I pay tribute to the way the EU has acted. They have been united. The sanctions were tough.”

Johnson praised Zelensky’s leadership and called on western governments to continue providing him with support but said more was needed to be done to help the country defend itself from the Iranian-made drones that are being used to target critical energy infrastructure.

This is not the first time Boris Johnson has been accused of “having his own relationship with the truth”, with everything from his BREXIT campaigning to Partygate providing evidence that this is the case.