Everything you need to know about Black Friday in Spain – History, deals and tips 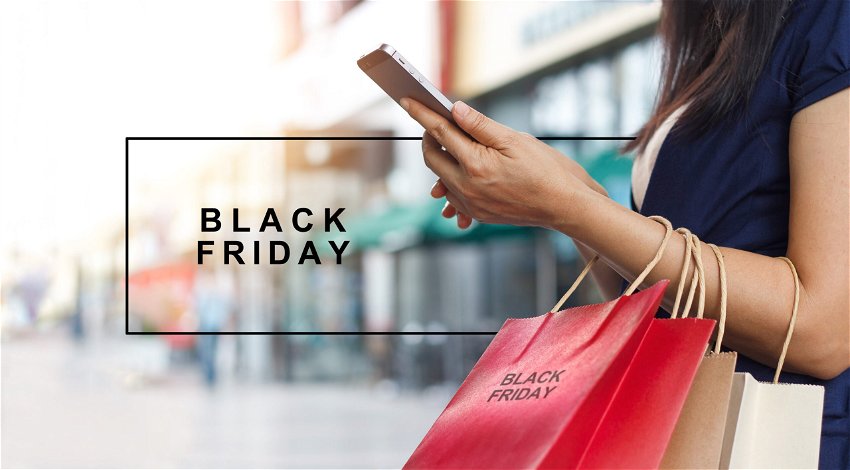 Tomorrow, November 25, Black Friday will be celebrated in many parts of the world, with big brands and sellers launching their best offers and discounts and consumers hunting for the best bargains and deals. But why is Black Friday celebrated, what are its origins and where are the best places to get the best price cuts? All will be revealed as the Euro Weekly News looks into Black Friday in Spain this 2022.

Taking place the day after the US celebrates Thanksgiving, Black Friday is an event with American roots, however, it has gained increasing popularity over the years, with three out of four Spaniards admitting they make purchases during the price cut campaign. Consumers can also bag some great deals in the days leading up to Black Friday, with many platforms such as online shopping giant Amazon offering pages of discounts and price cuts during the week of Black Friday.

But what is the origin of Black Friday?

The name Black Friday originated in Philadelphia, USA, when streets and roads became chaos the day after Thanksgiving. The day eventually began being called Black Friday among bus drivers and the police in Philadelphia, a day that they dreaded, with shop owners beginning to take advantage of the busy streets by slashing prices which brought in the crowds of buyers. Word of mouth did the rest and the news of Black Friday deals spread throughout the USA. In 1975, an article in The New York Times cemented the campaign and the name Black Friday was born.

When did Black Friday start appearing in Spain and what are people buying?

It wasn´t until 2012 that Black Friday started appearing in Spain and in 2015 it was widely imposed, becoming one of the most important commercial events of the year. The Covid pandemic cemented the day further, with so many people buying online because all of the shops were closed. A huge percentage of shoppers also take advantage of Black Friday shopping ahead of Christmas, bagging some amazing discounts on gifts for family and friends.

The most popular products for Spaniards to purchase during Black Friday are computer equipment and technology and, according to Think Spain, shoppers here “are planning on making a head-start on their Christmas gift-buying on ‘Black Friday’, according to research, and will spend an average of more than €200 each on global ‘discount day’.”

Despite Black Friday originating from the busy streets of Philadelphia, the way we shop has certainly changed, with only 10 per cent of shoppers actually going to physical stores and a total of 71 per cent using the internet for some or all of their purchases – 40 per cent plan buying everything on the internet.

Where can I find the best Black Friday deals in Spain?

A survey conducted by Aladinia, which sells ‘experiences’ packages like mini-breaks, spa days and adventures, reveals that a third of Spaniards will focus on websites with a Black Friday banner or special advertising, while 31 per cent will use social media for their inspiration. One in five will use retail newsletters that they have signed up for to check special offers, and 11 per cent will take the word of friends and family for their recommendations on the best deals.

We have taken a look at some of the best deals on the market that are available now!

From consumer giant Amazon, you can purchase loads of your favourite scents for less, with many perfumes selling from as little as €5.99! Click here to see deals

French retail chain Fnac is also selling beauty products, home items and electronics with amazing discounts, like these Apple Air pods and these Bluetooth headphones that are now €100 cheaper.

For more home items, Fnac has slashed the price of this washing machine from €963.31 to €577.99. See more of their deals on their website!

Staying with tech, Media Markt has dropped the prices of its mobile phones, like this Redmi Note.

If you want to get the best deals this Black Friday, look no further than these handy tips!

Look for the best deals ahead of Friday

Loads of websites are allowing you to buy products at discounted prices right now! Head to the Black Friday Deals website or just go to your favourite brands´ websites to see what they have on offer.

All of the major shopping apps are already uploading exciting deals and money-saving offers on their platforms. Using money-saving apps to find discounts is something that you can´t afford to miss out on.

Follow your favourite brands on social media and sign up for email newsletters to be the first to get exclusive deals as soon as they’re released. Look out for special discounts and incentives in your inbox and on Instagram, Facebook and Twitter.

Look out for price matching

Lots of retailers offer price-match policies which are a very handy tool when hunting for seasonal deals, for example, last year UK-based retailer Currys offered a price-match promise to match any other price or discount.

A tough tip for some, setting a budget can be really handy for stopping you from getting carried away buying deals you don´t really need. Set a budget and make a wish list of what you need and want to buy – and keep the receipt in case you change your mind after all of the adrenaline of discounts!