After supplying Ukraine, German military only has supplies for two days of intense fighting 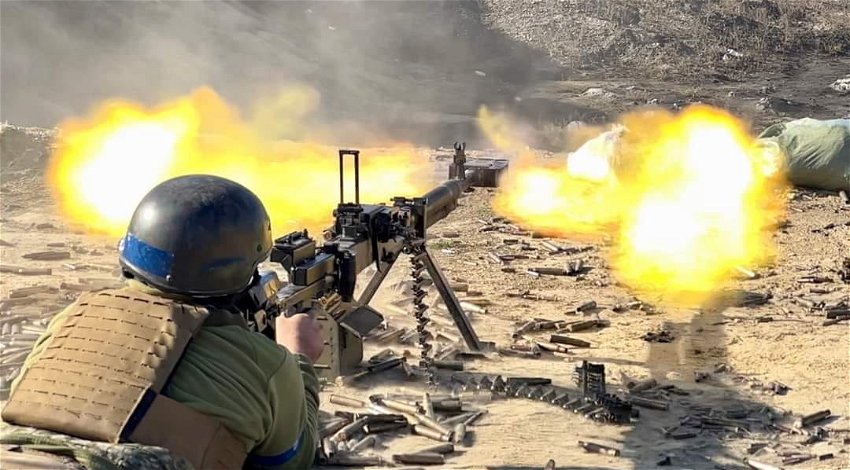 A British military analyst claimed that the German military only has sufficient supplies to last for two days of intense fighting after supplying Ukraine.

British military analyst Oliver Moody, the Berlin correspondent for The Times, speaking with Times Radio on Friday, December 2, spoke about a shortage of stocks of weapons in warehouses in Germany due to large-scale deliveries to Ukraine.

According to his estimates, the Bundeswehr supplies remaining in German military warehouses will be enough for only two days of intense fighting.

“It’s important to say this isn’t just a Germany problem. It’s a problem across much of Europe”

The expert explained that the military warehouses of all EU countries are being depleted as the conflict between Russia and Ukraine continues. However, in the FRG this problem is already becoming especially acute because the German authorities have been pursuing a policy of reducing the funding of the Armed Forces for many years.

As Moody noted, Berlin will have to spend at least €20 billion to restore an arsenal that meets NATO ‘s minimum requirements. Since 2014, the alliance has been increasing defence spending, taking steps to ensure a more equitable burden-sharing between the U.S. and Canada’s European allies.

German Defence Minister Christina Lambrecht warned in an interview with the Frankfurter Allgemeine Zeitung that Germany will not be able to reach the target of 2 per cent of national GDP for defence spending by NATO countries in 2022. This will happen, according to her estimates, only after five years.

Lambrecht stressed that “the Bundeswehr would be in a better position today” if the country had not transferred most of the weapons and ammunition to the Armed Forces of Ukraine. “There is no doubt”, she concluded, specifying though that Berlin nevertheless considered itself “obliged” to continue supporting Kyiv, as reported by gazeta.ru.

A recent report by the New York Times, citing sources, claimed that two-thirds of NATO countries had already exhausted their possibilities for supplying weapons to Ukraine. According to the interlocutors of the publication, the reserves of 20 out of 30 NATO countries were ‘almost at zero’.

Moreover, according to the NYT, Poland and the Baltic countries are in a particularly difficult situation. There was no mention of Germany struggling though. On the contrary, it was noted that the remaining 10 members of the bloc retained the opportunity to continue deliveries of weapons.

Those included France, Germany, Italy and the Netherlands. “In general, NATO countries have transferred $40 billion worth of weapons to Ukraine, which is comparable to France’s annual military budget”, the report detailed.