Violence erupts in Thessaloniki, Greece, after teenager shot in head by police over unpaid €20 bill 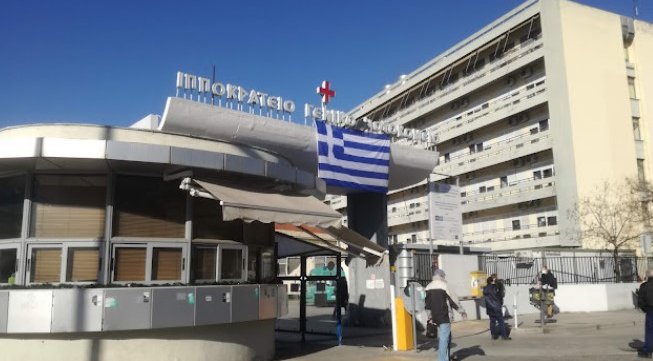 Violence erupted in the city of Thessaloniki in northern Greece after a teenager was shot in the head during a police chase over an alleged unpaid €20 bill.

Violence erupted on Monday, December 4, in Thessaloniki, the second-largest city in Greece, after a teenage boy was shot in the head during a police chase. The 16-year-old had allegedly driven off from a petrol station without settling his €20 bill, resulting in his being chased by the cops.

According to police sources, the officer involved in the incident has been arrested and suspended from duty. He will reportedly appear before a public prosecutor later today charged with attempted manslaughter.

The injured boy – who is a member of the Greek Roma community – is currently in the ICU at Ippokratio hospital in the city. It is believed that the incident occurred in the early hours of Monday morning outside Thessaloniki. After he allegedly drove away without paying for the fuel he put in his pickup, a DIAS motorcycle patrol was deployed to stop him.

A protest was subsequently organised by left-wing and anarchist groups, with around 1,500 people gathering outside the boy’s hospital in the centre of the Greek city. Before the protest, around 100 Roma men set fire to rubbish containers and set up barricades to block the road outside the facility.

Violence quickly escalated when the crowd threw bottles as the police moved in to disperse them. Stun grenades and tear gas were fired at the protesters who responded with Molotov cocktails. Shops in the vicinity suffered smashed windows as well. No injuries or arrests were reported.

Another peaceful march took place in the Greek capital of Athens where several hundred people congregated to protest over the shooting. They also wanted to highlight another recent incident during which a Roam man was also shot by the police during a chase.

A banner displayed in Athens read: “They shot them because they were Roma”. Christos Spirtzis, a public order spokesman for Syriza, which is the main Greek opposition left-wing party commented: “Society can no longer tolerate this climate of fear created by extreme police brutality, which, for trivial reasons, has threatened the life of an underage 16-year-old child”.

In recent years, confrontations with the police have resulted in several Roma men being fatally shot or injured while allegedly seeking to evade arrest. Frequent accusations of discrimination against the Romany community in Greece have been made by human rights activists and the community itself, as reported by euronews.com.