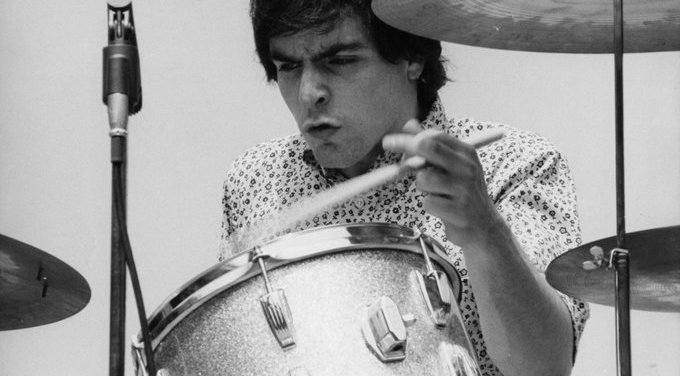 The drummer for the Rascals who were inducted into the Rock and Roll Hall of Fame, Dino Danelli, has died according to his bandmate.

Gene Cornish, the guitarist for the band, said in a Facebook post late on Friday, December 16 that Danelli has passed away at the age of 78.

Saying that he shared the news with a “broken heart” Cornish said: “It is with a broken heart that I must tell you of the passing of Dino Danelli.

“He was my brother and the greatest drummer I’ve ever seen. I am devastated at this moment. Rest In Peace Dino I love you brother.”

Mesmerising watching him pulsate on the drums with this rock classic. pic.twitter.com/7GOMPKyvSW

Joe Russo, who was described as Danelli’s spokesman, also posted saying: ‘Our beloved Dino passed away today. I will say more in the near future about his incredible talent and share experiences from his life he relayed to me, as well as ones we spent as friends and collaborators.

“I hope you will all continue to appreciate his talent and send him your love. Thank you for supporting his various endeavours throughout his career.

“You all made it possible for him to live his dream, which was to be a musician and artist. Blessings to you all.”

Russo, who said Danelli did not have an agent or publicist, explained that he was an insomniac who spent hours writing, reading, painting, drawing and watching films.

“He was beyond private and for someone who many consider one of the greatest drummers of all time, humble to a fault.”

Among those who took to Twitter to mourn his death is the great Billy Joel who said: “He was one of the greatest drummers in popular music.”

The great Dino Danelli of the Young Rascals has passed away.
He was one of the greatest drummers in popular music.
My deepest sympathy to his family.
Billy Joel

Trained as a jazz drummer, Danelli teamed up with singer Eddie Brigati, pianist Felix Cavaliere and guitarist Cornish to form the Rascals in the 60s. In 1997, they were inducted into the Rock and Roll Hall of Fame and in 2010 the Hit Parade Hall of Fame.

The Rascals disbanded in the 70s having scored a number of hits Good Lovin’, Groovin’, People Got To Be Free, How Can I Be Sure? and A Girl Like You.

The Drummer and Rock and Roll Hall of Fame inductee will be long remembered as his music lives on.