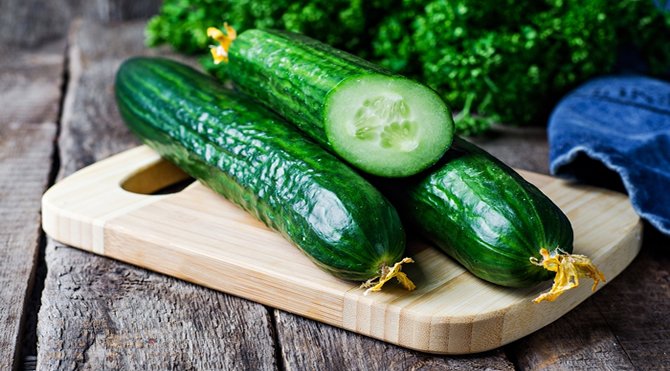 Image of cucmbers on a wooden board. Credit: Tanya Stolyarevskaya/Shutterstock.com

Health authorities suspect that Spanish cucumbers are the source of a salmonella outbreak in Norway.

A statement released today, Tuesday, December 20, by health authorities in Norway, points to cucumbers produced by a Spanish company as the ‘most likely source’ of a salmonella outbreak in the Scandinavian country.

As reported by El Pais, there have been 72 cases in recent months, with 24 people hospitalised. The outbreak began at the start of October and has now been terminated after the whole batch of cucumbers suspected of being to blame had been duly consumed. ‘It cannot be ruled out that more cases appear’, pointed out the health experts.

The total number of people affected is probably over a hundred, since the Swedish and Dutch authorities are also investigating dozens of cases of food poisoning caused by the same strain of Salmonella agona identified in Norway.

“Cases with the same strain of the outbreak have also been reported in Sweden and the Netherlands in the same period” the statement added. According to the latest official count by the Swedish authorities, there were 26 cases detected. Officials in the Netherlands have not provided data. The relationship between diagnoses made in the three countries has been confirmed by genetic sequencing tests.

Sources from AESAN, the Spanish Agency for Food Safety and Nutrition called for “prudence so as not to generate alarm”. It pointed out that “the information reported by Norway through the Rapid Alert System of the European Union (RASFF) is not conclusive or sufficiently verified”.

As usually happens in the investigation of these outbreaks, detected several days after the consumption of food and in which samples are not usually available to analyse, the conclusions of the Norwegian authorities remain a point of uncertainty.

“These lots of cucumbers are no longer on the market and, therefore, the bacteria could not be identified in them”, admitted Heidi Lunge, the country’s public health officer.

However, after “carrying out extensive tracing work”, in which hospitals, the Institute of Public Health, the Norwegian Food Safety Authority and veterinary services participated, “lots of cucumber from a Spanish supplier have been identified as the most probable source of infection”, highlighted the statement.

“The Institute of Public Health analysed more than 50 patient interviews and their purchase information and also carried out a case-control study comparing what the infected had eaten with what a random selection of other people had eaten”, the Norwegian government reported.

With more than 90 per cent of those surveyed stating that they had eaten cucumber during the previous week, that prevented clear conclusions to be formed from the case-control study. It did however allow “other hypotheses to be discarded as a source of infection”, the report continued.

“Subsequent epidemiological investigations and the work of the Norwegian Food Safety Authority have been the ones that have ended up pointing to cucumbers imported from Spain”, they concluded.