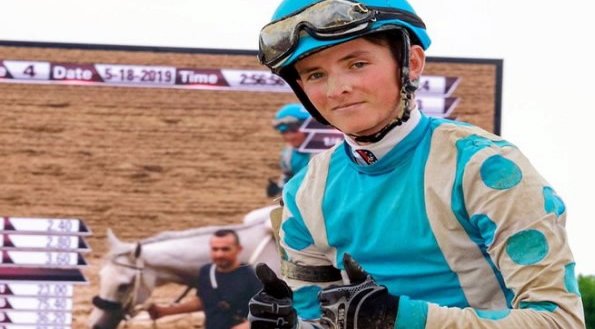 The world of horse racing has been left in shock today, Saturday, January 14, at the news of the death of champion jockey Avery Whisman at the age of only 23.

He passed away early on January 11, but no cause of death was confirmed. One report though claimed that the rider had been suffering from a “prolonged struggle with the unrelenting physical and mental demands put on riders”, as reported by thesun.co.uk.

“He had the biggest heart. He wanted everyone to know they were loved and cherished by him. We are not ashamed of what happened. We hope this tragedy can help someone else. We never want anyone to go through the pain we are suffering”, his sister Emma told bloodhorse.com.

In his short three-year career, Whisman rode in 810 races and won 90 of them. His last competitive outing was in Pennsylvania last August, at the Presque Isle racecourse. Riding ‘Simply Furious’ to victory in the £80,000 Karl Boyes Stakes at the same track in July, the young jockey set a new track record

Whisman – from Versailles, Kentucky –  is thought to have earned prize money worth in excess of £2.2million in prize money. Last August he achieved his final win riding the Matthew Kintz-trained horse ‘Indian Spider’.

The young man began his career in eventing, competing in the Junior Olympics in 2017. With offers of big prize money Whisman soon channelled his talent into racing. One of his idols was the legendary American Mike Smith.

Smith was one of the first to pay tribute upon news of his death, posting on social media: “RIP my little brother. You will always be loved”, accompanied by a photo of them posing together.

R.I.P my little brother you will Always be so Loved 🙏❤️ pic.twitter.com/akQmENODhc

Meet 19-year-old Avery Whisman. He's from Versailles, Kentucky, and just arrived on the scene in Maryland –home of @PreaknessStakes @PimlicoRC. His career as a jockey is off to a hot start. He's won five races, including a winner earlier today at odds of 23-1! pic.twitter.com/ogCpJ1uHSl