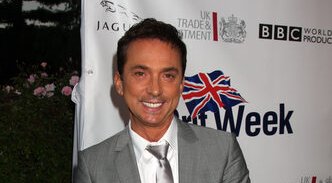 Bruno Tonioli is to replace David Walliams as the host of Britain’s Got Talent with the filming of auditions said to start next week.

The Mirror said in an exclusive on Tuesday, January that the 67-year-old former Strictly Come Dancing star will join Simon Cowell on the show. The two are said to be good friends.

An official announcement is expected within a few days but Mirror sources reveal that: “Tonioli has all the right experience and his famous exuberance will go down a treat. He and Simon have long hoped to work together so this has proved the perfect opportunity. Everyone’s very excited.”

Tonioli, who remains a judge on the American version of Strictly ´Dancing with the Stars´, was initially replaced by Anton du Beke on the British show after completing 17 seasons.

Although he is based in Los Angeles his is popular with local audiences for his excited responses, energetic waving, humour and passionate verdicts.

Apparently Alan Carr was also shortlisted for the role and although he was not successful ITV bosses are keen to use him elsewhere.

Walliams stepped down from the show after he was caught slating contestants during recording back in 2020. At the time he apologised for his comments saying: “I would like to apologise to the people I made disrespectful comments about during breaks in filming for Britain’s Got Talent in 2020.

“These were private conversations and – like most conversations with friends – were never intended to be shared. Nevertheless, I am sorry.”

Filming begins at the London Palladium on January 24

The replacement for David Walliams on ´Britain’s got Talent´ will be widely welcome with Tonioli popular with viewers.