Now is the car park of my discontent 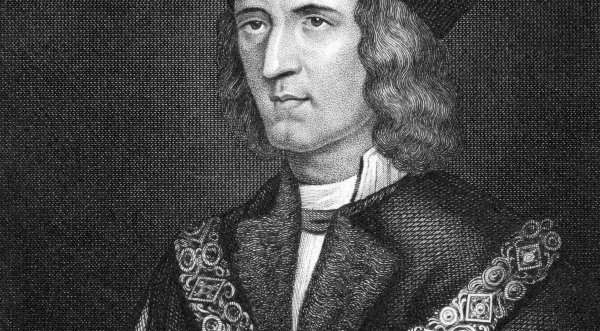 RICHARD THE THIRD: Due to have a proper funeral befitting a king

A TINGLE of certainty, a flutter in the tummy and a level of persistence only found in the female of the species and suddenly up comes the car park and there, like a curled foetus and bound by rope, broken and hunched lays one of England’s most maligned kings.

Richard the Third whose hunched, hooked nosed persona was created first by Shakespeare and then embedded in the national consciousness by Laurence Olivier’s camp and frankly pantomime portrayal on the London stage.

That Richard Plantagenet was slight of build and suffered from scoliosis has now been confirmed, but a hunchback he was not.  Neither was he the cowardly schemer much beloved of childhood history lessons.

He was a brave, fearless soldier who believed in his God given right to rule England as legitimate king with the support of a vast majority of the English people and parliament. That he was crowned with little bloodshed did not deter Shakespeare from accusing him of murdering everyone from his own brother to his nephews in the tower.

Since when has anyone ever believed the words of a playwright?  An evil, dark faced creature suited the drama of an already exciting story and as such Shakespeare took the opportunity to create a memorable devilish character.

It is also easy to forget that Shakespeare wrote the play during the reign of the last Tudor monarch.  Elizabeth the First had her own problems in claiming the throne of England, a claim actually held to have been stronger by Mary Queen of Scots who was the legitimate daughter of a king.

The Tudors had little claim to the throne of England.  Henry Tudor took the crown by force (and held it with fear, bloodshed and tyranny) finally defeating Richard at the battle of Bosworth.  It was Henry with his tenuous hold on the crown who had more to gain by the deaths of the two princes.  Of course if Shakespeare had written that version of the story he would have found himself in the tower and swiftly on his way to the butcher’s block to be hung drawn and quartered, a favourite Tudor means of despatching traitors (unfortunately to the Tudor monarchs a traitorous action was anything that annoyed them).

King Richard is due to have a proper funeral befitting a king although a spot in Westminster Abbey has been denied by our present Queen, who holds her own crown as a direct result of Richard’s slaying at Bosworth. ‘Uneasy lies the head that wears the crown’ indeed.

Ultimately the truth about Richard and the Princes remains unknown (if indeed they were actually murdered). He may have imprisoned them in the tower (an act not in itself unusual, rooms in the tower were reserved specifically for royalty) but whether or not he ordered their execution will always be disputed.

As such people will find it difficult to challenge the long held belief that Richard the Third was a cold blooded child killer, a belief encouraged by the powerful Tudors and reinforced by England’s greatest playwright.

To sling the bard’s own words back at him Richard’s villainy may well have been “A thing devised by the enemy.”