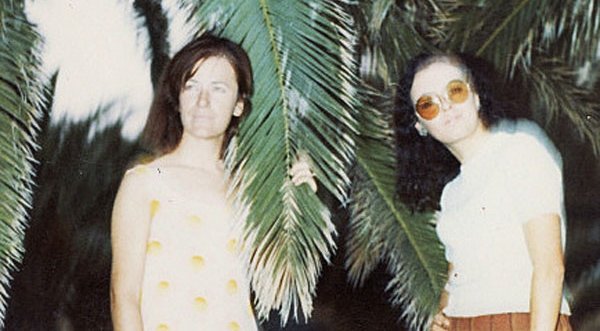 OUR new bar had no business, ever.

Then, having “wished upon a star” so frequently I had lost count, two spectacular French girls came in looking for work. They were bright too.

When I explained to them the situation really required was my protection from irate clients for construction mistakes, they got the picture.

They had to come to my rescue as quickly as possible, especially if clients got me down on the ground and were strangling me.

Those French girls knew how to dress, wearing short mini skirts and flirting with all the newly arrived customers. People started coming from as far away as Garrucha and Carboneras to meet them and bar sales went from nothing to having two beer deliveries a day.

We were making money hand over fist. Fishermen were coming from Aguilas and even some guys in suits from Almeria. Those two French girls had lit up the coast and men drove for miles.

Kiki and Dominique had found Mojacar by hitchhiking here back in 1968. They had street smarts and knew how to disarm any irreverent situation in a few words or slight gesture. “Ka-ching” all day and long into the night.

Well, our management team couldn’t take such an unwarranted victory just sitting down. We decided to put the whole operation under deep revue and immediately incorporate major modifications.

Hell, if the local Spaniards thought looking at a couple of French girls was exciting, we’d give them an ‘American Jailhouse’ experience. We ripped out the comfortable sofa lounge and installed small cramped ‘jail cells’ complete with black wooden benches and railings and a serving hatch wherein your food could be passed.

We provided a menu that hadn’t been bettered in Mojacar until Cowboy Kenny rode into town. We naturally had to serve buffalo wings, hamburgers, ribs and lots of tangy Tex Mex bites

We put up “wanted posters” all over the bar.

Trade flopped. Within the next three months we didn’t sell any food, not one serving of anything.

Everyone that visited wanted to see the jail cells but, wouldn’t walk into the actual room, always peering from a distance away so they couldn’t be accidentally trapped inside forever.

It was Franco’s era and jail was nothing to make fun of. More than a few Guardia Civil told me that in no uncertain terms.