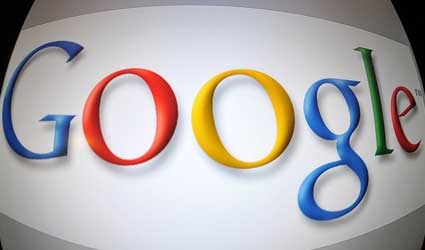 SAN FRANCISCO (Reuters) – Google Inc plans to launch new product-endorsement ads incorporating photos, comments and names of its users, in a move to match the “social” ads pioneered by rival Facebook Inc that is raising some privacy concerns.

The changes, which Google announced in a revised terms of service policy on Friday, set the stage for Google to introduce “shared endorsements” ads on its sites as well as millions of other websites that are part of Google’s display advertising network.

The new types of ads would use personal information of the members of Google+, the social network launched by the company in 2011.

If a Google+ user has publicly endorsed a particular brand or product by clicking on the +1 button, that person’s image might appear in an ad. Reviews and ratings of restaurants or music that Google+ users share on other Google services, such as in the Google Play online store, would also become fair game for advertisers.

The ads are similar to the social ads on Facebook, the world’s No. 1 social network, which has 1.15 billion users.

Those ads are attractive to marketers, but they unfairly commercialize Internet users’ images, said Marc Rotenberg, the director of online privacy group EPIC.

“It’s a huge privacy problem,” said Rotenberg. He said the U.S. Federal Trade Commission should review the policy change to determine whether it violates a 2011 consent order Google entered into which prohibits the company from retroactively changing users’ privacy settings.

Users under 18 will be exempt from the ads and Google+ users will have the ability to opt out. But Rotenberg said users “shouldn’t have to go back and restore their privacy defaults every time Google makes a change.”

Information Google+ users have previously shared with a limited “circle” of friends will remain viewable only to that group, as will any shared endorsement ads that incorporate the information, Google said in a posting on its website explaining the new terms of service.

Google, which makes the vast majority of its revenue from advertising, operates the world’s most popular Web search engine as well as other online services such as maps, email and video website YouTube.

The revised terms of service are the latest policy change by Google to raise privacy concerns. Last month, French regulators said they would begin a process to sanction Google for a 2012 change to its policy that allowed the company to combine data collected on individual users across its services, including YouTube, Gmail and social network Google+. Google has said its privacy policy respects European law and is intended to create better services for its users.