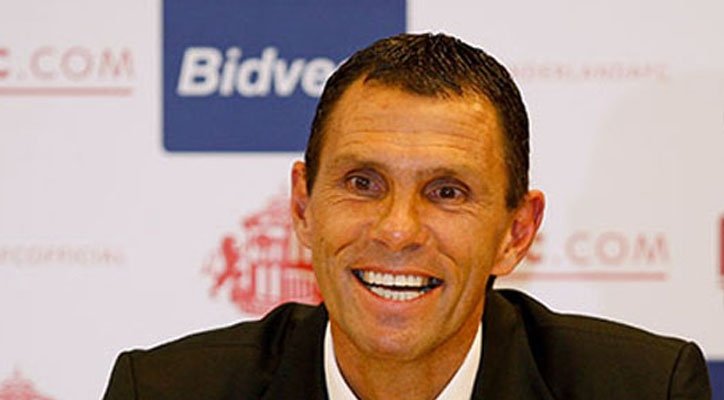 Following the miracle recovery last season under Gus Poyet, the club will have high ambitions of avoiding any sort of relegation struggle in the upcoming Premier League season. Gus Poyet somehow galvanized the team and brought them back from the dead.

Connor Wickham was the star player whose goals in April were essential and without him they wouldn’t be in The Championship for the 2014-15 season.

Gus Poyet has been disappointed by the lack of transfer activity with his chase for Fabio Borini still ongoing and Marcos Alonso not being given permission to move back on loan from Fiorentina just yet. The two players were mainstays of Poyet’s team last year but the Black Cats have made some moves this summer. Notably the arrival of Jack Rodwell from Manchester City due to a lack of playing time will add that little bit of extra quality in the centre of midfield. He has endured a fairly torrid time at the Etihad and will see this opportunity as a way of fulfilling the massive potential that was seen at Everton. Two more free signings also join in the shapes of Costel Pantilimon, the incredibly tall goalkeeper who pushed Joe Hart for his starting place, and Jordi Gomez who has experience and that Spanish flair.

I can see why Poyet is not quite happy as they are two or three players away from a solid team that will comfortably survive the Premier League. Between the posts he will be happy though; Vito Mannone impressed last season and Pantilimon will give him competition and even possibly force the Italian to the bench depending on form.

At the back they appear short on quality players with Wes Brown and John O´Shea their best defenders and Vergini back on loan after last year. They are competent, but not of the highest class, although between Brown and O´Shea have a mountain of experience behind them.

Where Sunderland does shine is their more attacking positions which may be enough to hide their defensive frailty. In their squad the Black Cats have Giaccherini, Larsson, Johnson, Gomez, Fletcher, Wickham and Jozy Altidore. It is an impressive list for a team that just avoided dropping to the second tier of English football; Fletcher and Wickham could combine to be quite a potent force if the youngster can retain his impressive form which won him the April player of the month award.

In that midfield, Johnson is the star player who despite having received criticism in the past will take heart from a good season last year and is the person who can beat defenders and create opportunities. Poyet will rely on Larsson for his set-pieces which are deadly accurate and should offer the odd goal too.  Key to allowing their attacking players will be Cattermole and Rodwell who will have to be the foundation and act like guard dogs hunting every ball and making the all important interceptions to prevent goals being leaked. This area is the one most important to all bottom half teams so the pressure is on their shoulders.

Gus Poyet is an enthusiastic manager who will instil belief into his players but more than belief is needed for the Premier League. I fear that the Black Cats will struggle if they do not invest some more money into their defence which teams will prey on especially the top eight or nine clubs in the league.