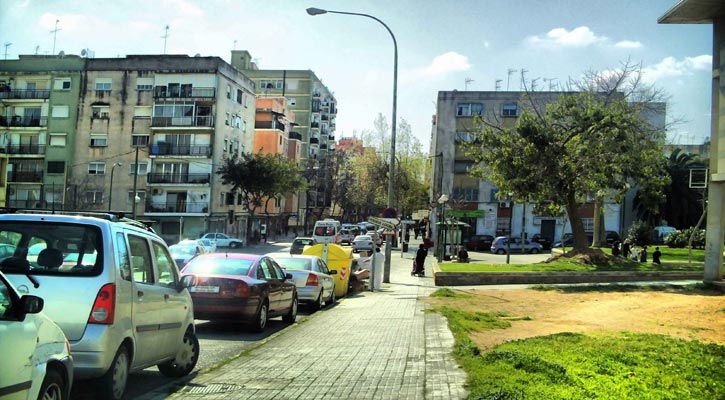 FIVE people have been detained after a fight between Dominican nationals and several gypsies in Son Gotleu, Palma.

The incident took place just after midnight on calle Santa Florentina and involved a number of people who were armed with knives, guns, helmets and bike locks.

When the National Police arrived on the scene they first separated all the parties involved and then called medical assistance for one person who had suffered a knife wound. The wounded man indicated that the person who had hurt him was an individual known as “El Pirata” (the pirate).

At the same time the police located another individual which had been identified by other participants in the fight as the person who had been brandishing the gun – this person was detained despite the gun being a fake.

Eye witnesses at the scene indicated that the pirate had been accompanied by an individual of Dominican origin and it was these two who had threatened a girl by putting a large knife to her throat. The threatened girl was also detained as she had taken part in the fight hitting her aggressors with her bike helmet.

According to police sources the Dominicans had taken refuge in a nearby bar and tried to run away when they saw the police approaching – the police caught up with them and with the pirate and arrested them all.

According to the pirate the fight started when he was walking along the road and two individuals on a scooter tried to run him over, they then followed him to the door of his house and threatened his family. His cousin rapidly came to his defence aided by his brother in law and, seeing that the aggressors had armed themselves, they grabbed a kitchen knife and after that it was a free for all.

The fight caused a general panic in the area and, between those involved and onlookers there were around 100 people on the streets.