An African Queen to crown all 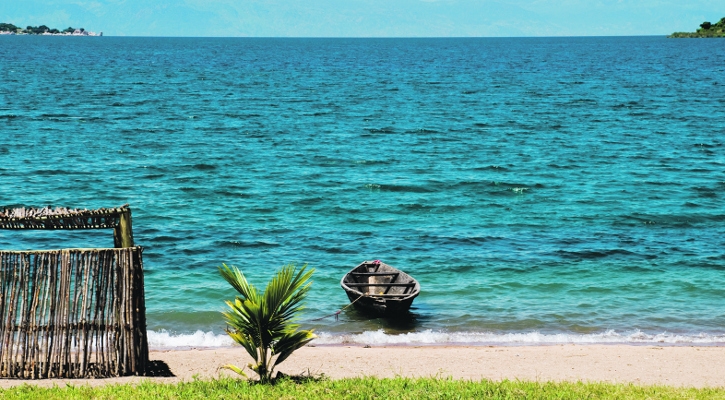 TROUBLED WATER: Lake Tanganyika is second largest in the World.

WHEN on December 12, MV Mutambala, a ferry operating on Lake Tanganyika sank in a storm there was little news coverage.  The disaster claimed the lives of up to 150 passengers, mostly women and children. Strong winds and overloading are said to be the cause of the tragedy.  It is not uncommon for ships operating on Lake Tanganyika to sink, usually for the same reasons.

Still operating on the lake today is a ship that really does appear to be unsinkable.  What a remarkable history this ferry has. The 1,600 ton MV Graf von Goetzen was built in Germany in 1913 but not in a conventional way. The shipbuilders, Meyer Werft, built the Goetzen in thousands of parts.

After assembling it to make sure all was as it should be the MV Graf von Goetzen was disassembled and its parts packed in 5,000 crates. These boxes were shipped to East Africa, which was then a German Protectorate.

Germany’s economy in 1913 was on a high as were German spirits. That year, the Kaiser’s daughter Viktoria Luise, was to marry a commoner. In common with millions of fellow Europeans, thousands of Germans emigrated, many to Germany’s overseas colonies and protectorates.

On reaching the East African port of Dar es Salaam these thousands of crates, each containing bits and pieces of the 234 feet ferry-liner, were unloaded. These were then shipped across the jungle savannah to Kigoma, a small lakeside town 1,300km distant.  Teams of master fitters and shipbuilders arrived soon afterward and set about rebuilding the liner. Lake Tanganyika, the second largest lake in the world, borders four countries; it is the length of England and is an average 50km in width.

In 1917, three years after the outbreak of the Great War, British troops advanced on Lake Tanganyika. Scuttled to prevent the ship from falling into British hands this fine vessel appeared to have met its Waterloo at the bottom of this fantastic lake.  The surrendering Germans were taken into captivity and were to remain in concentration camps until 1920.

Later raised to the surface, the Graf Goetzen, now named Liemba, was returned to service.  In 1951, it became internationally famous. The Liemba is the gunboat, Luisa, in the movie, African Queen. The stars were Katherine Hepburn and Humphrey Bogart.

Yes, it was disheartening to learn of the recent sinking of the MV Mutambala with such terrible loss of life. Somehow, I am relieved to know that the ship involved was not the MV Graf von Goetzen, sorry, MV Liemba.  If this wonderful maritime adventurer ever reaches its climax may it go up in a ball of flames without loss of life as anything less would be too unbearable to think about.