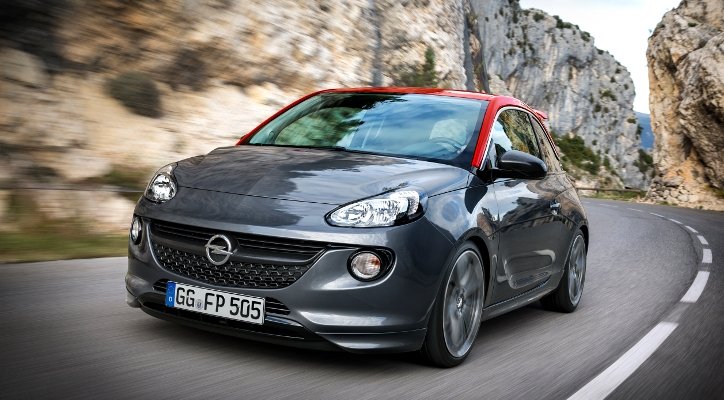 THE new, sporty version of Opel’s small car, the ADAM, is aimed squarely at making the most of the car on winding, country roads.

While the standard models are described as fun, easy to drive, city cars, Opel has boosted the power available to make it not only suitable for city streets, but also to blast along challenging, country roads.

When configuring the engine, engineers specifically decided to optimise its responsiveness for great driving fun on winding country roads.

Thus, the new, 1.4-litre, turbocharged engine impresses with outstanding punch in second and third gear and a torque plateau tailor-made for a spirited style of driving.

It is fitted with a short ratio, six-speed gearbox. Accelerations are those of a small sporty car – 100 km/h are reached in 8.5 seconds – but ADAM S mainly impresses with great elasticity: it makes the transition from 80 to 120 km/h in fifth gear in just 7.9 seconds and has a top speed of 210 km/h.

The Opel ADAM family has quickly established itself as a bestseller with sales of 125,000 since its market launch in 2013.

Opel says that the new ADAM will cater for clients who want a sporty drive in an agile, mini car of just 3.71 metres length and enjoy escaping the city jungle for a swift outing on country twists and turns.

The new ADAM S would appear to have all the credentials. Along with a highly responsive ECOTEC engine it has a specially tuned sport chassis, direct sporty steering, high performance OPC braking system and an Electronic Stability System (ESP).

It looks good too, with a muscular and smartly aggressive exterior design, while inside there are design accents to ‘individualise’ the car.

The sporty ‘S’ version comes to the market as an extremely successful rally-racing season for the ADAM ends. Its R2 rally version won its category in all major national championships it took part in and, in France, led its pilot Charlotte Berton to the title of women’s champion.