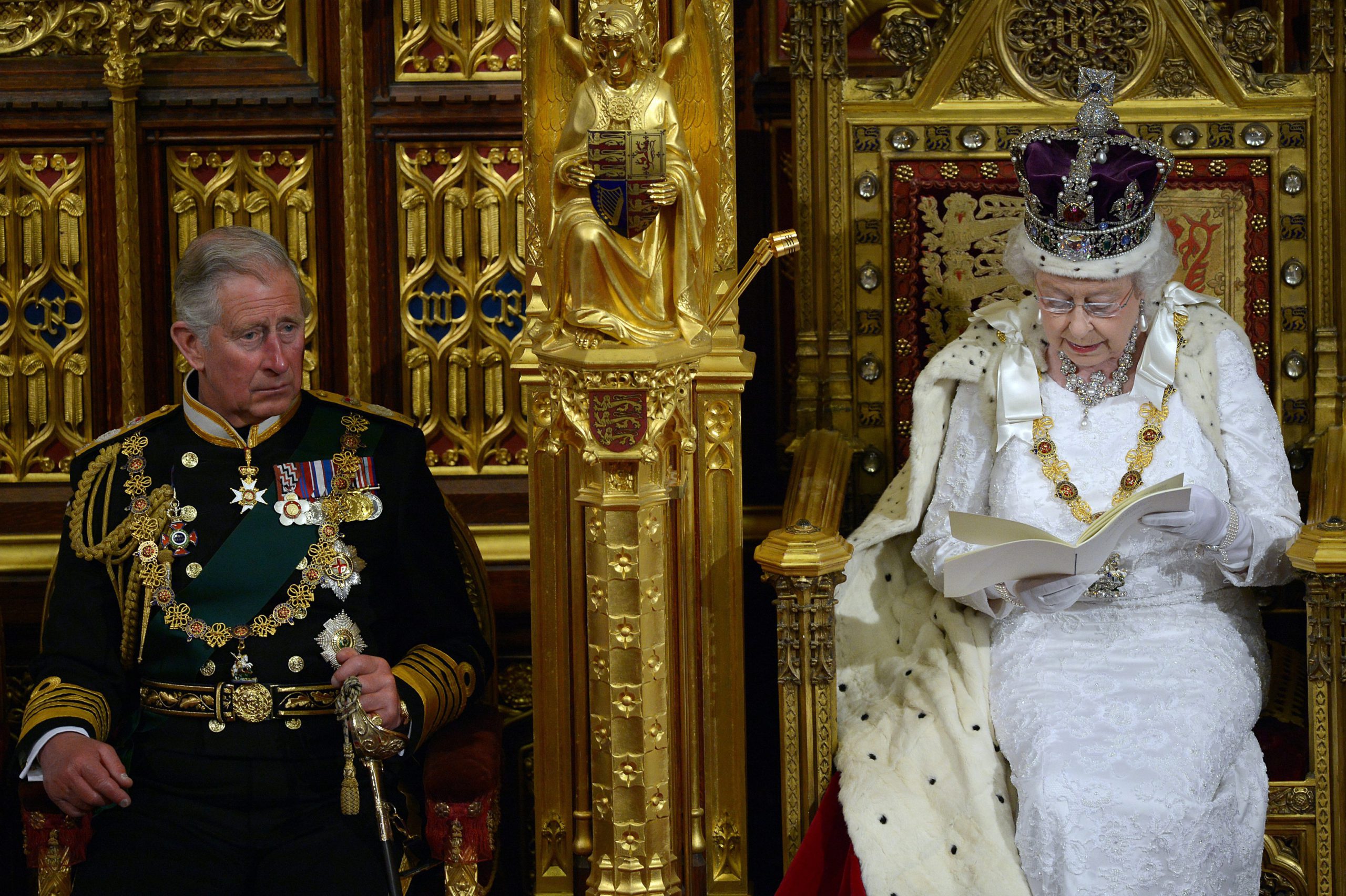 THE QUEEN took to her throne in the House of Lords earlier today, and it was from there that she read her speech, outlining policies and proposed legislation for the new parliamentary session.
In the opening lines, she assured that her government would create legislation in the interests of everyone in the country. “My Lords and members of the House of Commons, my government will legislate in the interests of everyone in our country. It will adopt a one-nation approach, helping working people get on, supporting aspiration, giving new opportunities to the most disadvantaged and bringing different parts of our country together.”
She promised that her government would continue, “its long term plan to provide economic stability and security at every stage of life.”
New legislation will be drawn up to help achieve “full employment and provide more people with the security of a job. New duties will require my ministers to report annually on job creation and apprenticeships. “
She confirmed that those working a 30-hour week on the minimum wage would not have to pay income tax, adding that, “measures will be brought forward to help working people by greatly increasing the provision of free childcare.”
More legislation is promised to “support home ownership and give housing association tenants the chance to own their own home.”
“Measures will be introduced to increase energy security and to control immigration,” she went on. “My government will bring forward legislation to reform trade unions and to protect essential public services against strikes.”
Speaking on the NHS system, she said: “In England, my government will secure the future of the National Health Service by implementing the National Health Service’s own five-year plan, by increasing the health budget, integrating healthcare and social care, and ensuring the National Health Service works on a seven-day basis. Measures will be introduced to improve access to general practitioners and to mental healthcare.”
Scotland, Wales and Northern Ireland were also mentioned: “My government will also bring forward legislation to secure a strong and lasting constitutional settlement, devolving wide-ranging powers to Scotland and Wales. Legislation will be taken forward giving effect to the Stormont House Agreement in Northern Ireland.”
The EU Referendum Bill, possibly the most anticipated of all the bills today, was addressed by the Queen, confirming: “My government will renegotiate the United Kingdom’s relationship with the European Union and pursue reform of the European Union for the benefit of all member states. Alongside this, early legislation will be introduced to provide for an in-out referendum on membership of the European Union before the end of 2017.”
As she finished up her speech, she brought attention to the UK’s foreign ties. The NATO alliance, the UK’s support to the Iraqi government’s programme for political reform and national reconciliation and combatting terrorism were all issues highlighted before she finished.