Dear Father Christmas, can you help? 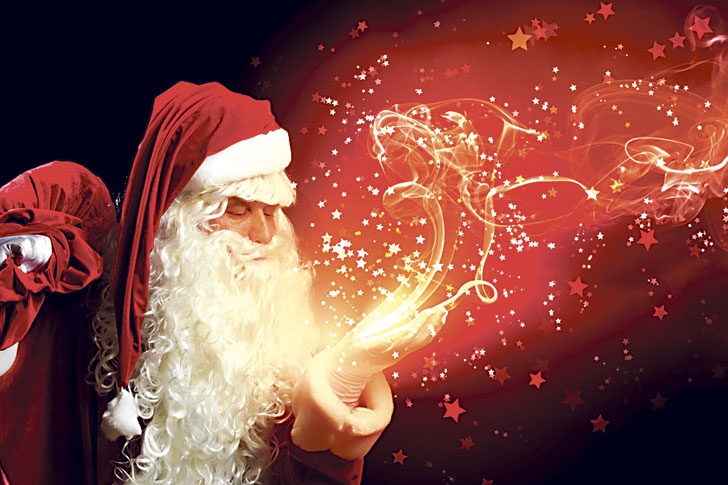 It’s been quite a long time since I last wrote to you, I hope you can forgive me for my silence, I’ve been rather busy being a grown up, and I see now that I have been neglecting you.

I’m writing to ask you if I could have a very special present this year: I’d like just one more Christmas with my daughter before she stops believing in you. She asked me last week if you really existed and I had to turn away from her to answer her. “Father Christmas is magical, and if you believe in magic then yes, he does exist,” is what I said. But it’s been hard to believe in magic recently with all of the terrible things going on in the world.

I know most of your letters probably come from much younger correspondents, because as adults we’re supposed to be depending on reality rather than magic as a way of getting things done, but I think I need a bit of help with this. We often choose to be logical, rational, when really we should be allowing ourselves to dream and be carried away with the wonder and amazingness (it’s a word, I looked it up) of the world. And I don’t want my daughter to be drawn down into the adult world so quickly where things are so serious, so relentless and so mean. She’s only just 10, and being a grown-up seems to be lasting for a very long time. I don’t want her to be in such a rush to get there.

So Father Christmas do you think you can help me? Children need magic, and to be honest, I could do with some magic too. I’d like my daughter to have more time being a kid, to have more time to play and have fun.

And can you help all the other children as well? My daughter has a great life with so many privileges, but what about the children living in fear, or suffering illness, hunger or poverty? Can you help to light up their lives with a moment of joy, a sparkle of magic?

I know that there are charities and organisations in Mallorca collecting frantically for presents for children for Christmas parties: The Allen Graham Charity for Kidz, The Salvation Army, The JoyRon Foundation, the local radio stations as well, so there are lots of island-based Father Christmases doing their best. I must remember to tell people that they can take their donations of gifts to drop-off points such as the local charities, or Mood in Portals.

Please Father Christmas, it would mean so much to me, and her, we’ve both tried hard to be good this year.

PS: I’ll leave a mince pie, carrot and wee dram out as usual. The chimney is quite narrow, so you might be better coming through the window.