I’ve had this up to the eyeballs 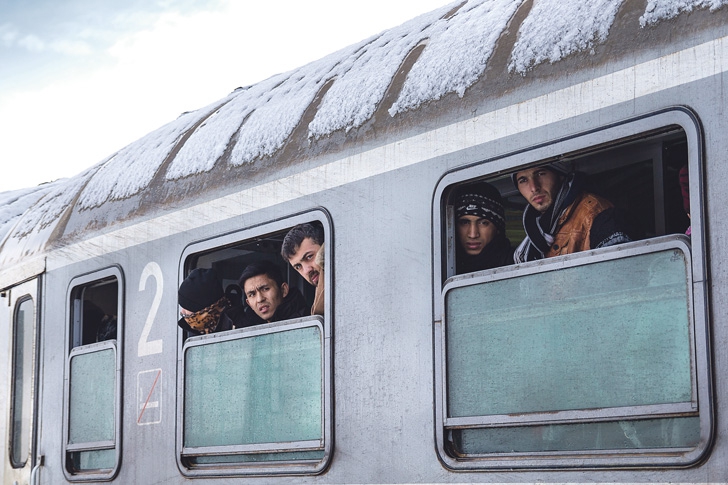 DON’T you just long for the days when we were all enjoying peace and happiness?

TO tell you the truth, I’ve just about had this entire refugee, migrant, ‘Arab Spring’ business up to the eyeballs.

Don’t you just long for those wonderful days when we were all enjoying the peace and happiness so many of our forefathers gave life and limb for?  Days when Jihad, Burkas and affairs of the Middle East were far far away, in lands that had no more impact on our daily existence than a few snowflakes on a summer’s day.

Wouldn’t it be paradise, just to awaken and realise it was simply all a nightmare? Well I’m afraid those days of peace and happiness are well and truly over. The influx of migrants has now reached ridiculous proportions, and still the do gooders try to make those who seek to discourage this onslaught feel bad and unfeeling.

To be honest I can’t really blame some of them. Not when the media (especially the BBC) continually put the tales of tragedy and human trauma to the forefront of their reports.

Why don’t they give more air time to the rioting in Germany, with large mobs of men of ‘Asian appearance’ attacking police with any missile they can lay their hands on? (Wait till someone starts handing out the Kalashnikovs!)

The wrecked migrant trains, covered in graffiti with their smashed windows, destroyed furnishings and toilets literally overflowing with excreta. The young, able-bodied men of ‘Asian appearance,’ disdainfully throwing donated food back into the bewildered faces of kindly souls, because it was considered ‘unclean’.

The men of ‘Arab and North African appearance,’ marauding through supermarkets hurtling insults and lifting the skirts of female shoppers. In heaven’s name, how do the authorities think it’s all going to end?

I’m not trying to stir up hatred, I’m trying to bring some common sense into the equation. Sooner or later, the most volatile of the local populace will take matters into their own hands, more out of frustration than hatred.

We can then prepare ourselves for the ‘Blood Rivers’ Enoch Powell tried so hard to warn us against. Are we listening now?!

The innocent children are of course an exception. I believe we should endeavour to save as many of them as we possibly can.