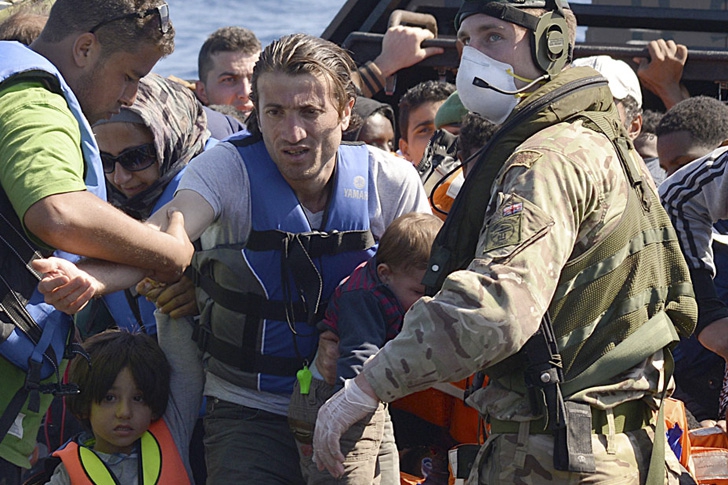 A CLASSIFIED report leaked by WikiLeaks, on February 17, indicates that an EU operation to disrupt the ‘business model’ of refugee smuggling could soon enter a new phase.

Operation Sophia, also known as ‘EUNAVFOR Med’ was established by the EU’s Foreign Affairs Council in May 2015, following a series of mass drownings in the Mediterranean.

Some suggest that it effectively cleared the way for the use of EU warships and surveillance aircraft in stemming the flow of migrants fleeing war zones.

The leaked report allegedly details the different phases of the operation, as well as providing statistics on refugee flows and outlining the potential future strategy for EU intervention.

Written by Rear Admiral Enrico Credendino, the operation’s commander and member of the Italian Navy, the confidential report was intended for the eyes of the European Union Military Committee and the Political and Security Committee, and was dated January 29, 2016.

According to Commander Credendino, the operation is currently in ‘Phase 2A’ and has already led to the successful rescue of 8,336 migrants and the arrest of 46 suspected traffickers since it began, effectively ensuring that “smugglers can no longer operate with impunity in international waters”.

A transition to the next phase, 2B, could see the operation expand outwards from international waters to those in Libyan territory, but Commander Credendino allegedly claims this expansion would require an ideal set of circumstances.

Libya’s unstable leadership situation is preventing the realisation of any such strategy at the current time, and Credendino apparently refers to the necessary formation of a “government of national accord with which to engage”, which would provide the EU with a “credible legal finish” within which to operate.

According to a statement released alongside the leaked document, WikiLeaks allege that a move into Libyan waters could extend to military intervention on land, when the newly formed ‘reliable’ government “give permission to extend the EU military operations onshore”.

The WikiLeaks statement also claims that the aim of the report is to “apply democratic pressure” to speed up the process of forming a Libyan government and says that it details an “exit strategy” which would involve ensuring a “well-resourced Libyan Coastguard can protect their own borders and prevent irregular migration taking place from their shores”.

Statistics provided in the report allegedly indicated that refugee and migrant flow in the Mediterranean was at its highest between July and October 2015.