His credibility has been knocked 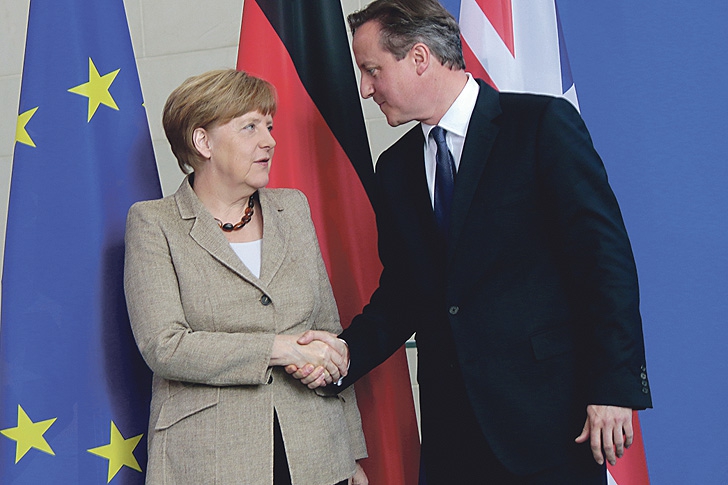 DAVID CAMERON: His so-called deal with EU members amounts to just about zilch.

ALTHOUGH a Conservative supporter, at present UKIP is looking far better alternative

I SUPPOSE I should actually find it flattering. Well, be that as it may, I would like to take this opportunity to inform those people, who look at me with incredulous disbelief and ask if I actually write this column; I most certainly do. It’s all my fault! Ok? Right, moving on.

What a load of complete and utter, intelligence insulting baloney Cameron has been trying to foist on us all this past couple of weeks. His so-called ‘deal’ with the EU members amounts to just about zilch. There are only two things that truly worry the public at large.

One: Control of our borders and the present policy of virtually unrestricted immigration. Two: The rules and regulations emanating from the power mad, non-elected PC, ‘Uman rights bureaucrats of Brussels. And what has he achieved toward a solution of these two most crucial causes of public concern? Nada!

Apart from a four year period of non-benefit for new immigrants, which he has never stopped crowing about and is apparently based on some vague sliding scale, plus the insipid child benefit ‘charade,’ a highly complicated and no doubt expensive procedure, which can actually result in some immigrants getting even higher benefits than they are receiving now – he may as well concede to the ‘out’ vote without even bothering to call a referendum.

It’s the arrogant and brazen way he underestimates and insults our intelligence that sticks in my craw. No I’m sorry Dave, the credibility you have lost over this debacle could not only lose you the ‘in’ vote and subsequently lead to your resignation, but may well do the party such irreversible damage they could well lose  the next election. The spectre of Prime Minister Coburn is hovering nearer Dave, and it’s all your fault. The same as this column is mine.

I have always supported the Conservatives, but frankly at this moment UKIP is looking a far better alternative. For God’s sake get a grip and show some ‘cojones.’ I hate to add before it’s too late, because I fear it already is!