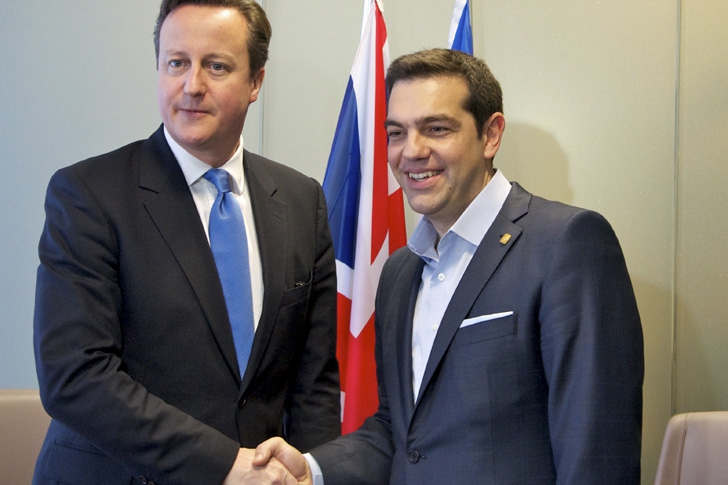 THE results of an opinion poll released on February 19, indicate that support for Britain’s exit from the EU is growing.

Rallying to a two per cent lead, the figures show 36 per cent of participating voters want out, while only 34 per cent of Britons favour continued EU membership.

An additional 23 per cent remain undecided while seven per cent declared an intention to abstain from voting in the likely June 2016 referendum.

When those abstaining are removed, the figures can be tweaked to show 39 per cent of respondents support Brexit and 36 per cent favour staying put.

The poll results also reveal that 38 per cent of the participants believe the British will vote to stay compared to 28 per cent who think the country will go it alone.

Concerned that closing borders to neighbouring countries including Bulgaria, Albania and Macedonia will trap migrants who would otherwise pass through Greece on their way elsewhere, Mr Tsipras told reporters “We need to help the UK. But the UK has only got a referendum in June. We have a crisis hitting us today”.

Including the Greek bombshell, Downing Street aides have confirmed four further sticking points in negotiating Britain’s deal, with the main hurdle to agreement being how long the emergency migration brake would last and whether it would apply to child benefit and social housing, or only to tax credits and Universal Credit.

While Cameron is keen to see payments indexed to the living standards of the EU’s member states, rather than UK rates, some Eastern European governments want EU migrants already living in the UK to be exempt from this possible payment reduction.

France is also proving itself a thorn in the side of consensus, as Francois Hollande and his government continue to resist Cameron’s demands for a financial regulation that would distinguish between Eurozone states and those using the single currency.

A BBC source reported that the talks had been “constructive” but added that a number of member states were not fully amenable to Cameron’s plans.

Talks are set to continue into the weekend.