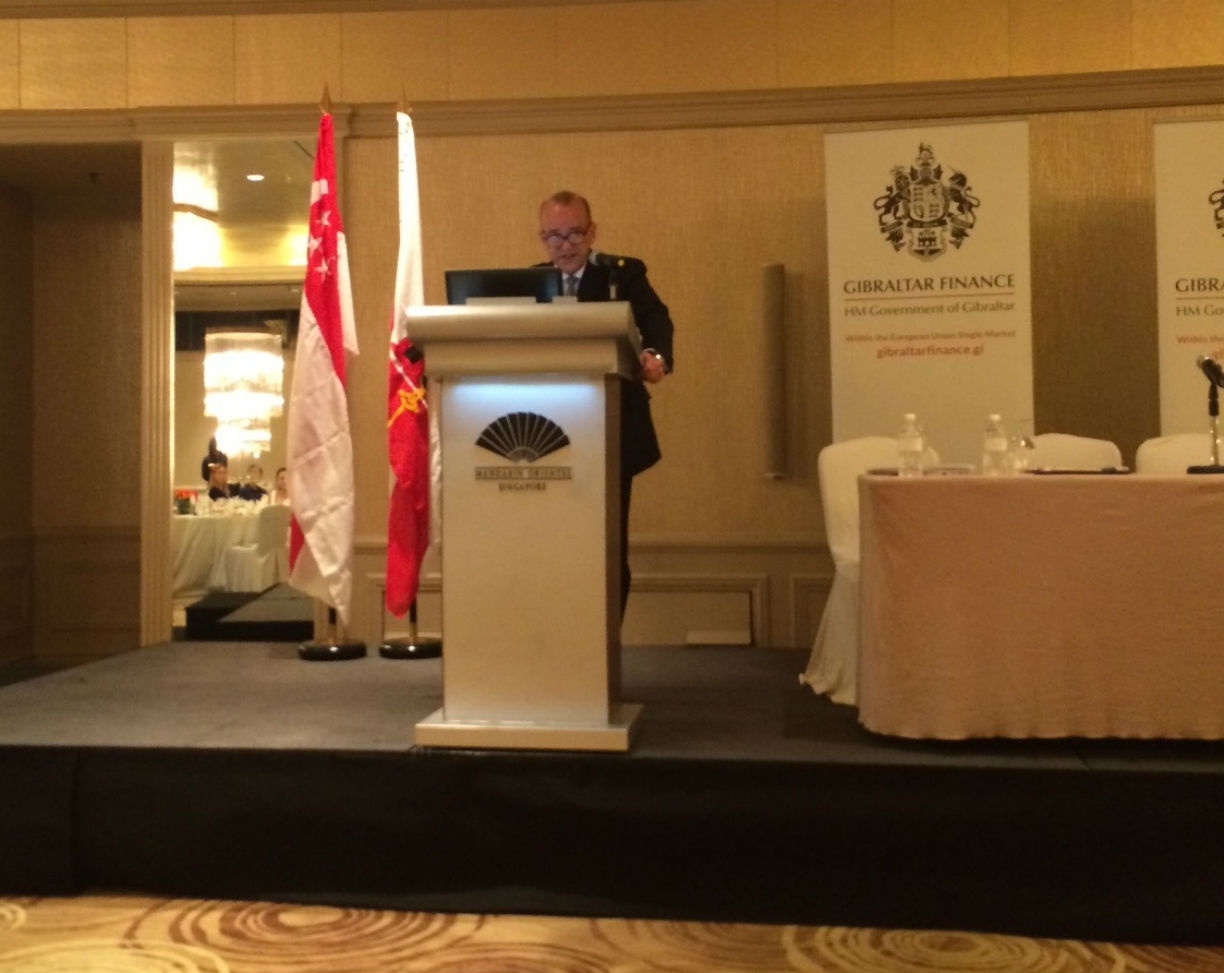 OVER the past few years, Gibraltar has taken a very positive position to ensure that it is no longer accused of being an offshore tax haven and in fact is seen as actually ‘punching well above its weight’ in international circles.

The opening of offices in Brussels and Hong Kong have shown the commitment that the government has in attempting to influence those in power both economically and politically and it has now sent the Hon Albert Isola MP, Minister with responsibility for Financial Services and Maritime Services, as part of a delegation to Singapore on April 7 and 8.

The delegation included representatives from Gibraltar Finance, and a strong contingent from the private sector including lawyers, accountants, fund administrators and the Gibraltar Stock Exchange (GSX).

During the visit the financial services delegation held technical sessions, including a presentation, for some 90 professionals, principally in the funds and asset management sectors. The breakfast presentation was held in the Mandarin Oriental Hotel (Singapore) on April 7. The two-part briefing session focused on fund structuring and marketing, and securitisation for alternative asset managers.

Prior to the technical sessions, Minister Isola took the opportunity to address the delegates as to current developments in Gibraltar. Minister Isola also attended meetings with private sector professionals, visited the United Kingdom High Commissioner and took the opportunity of supporting the Gibraltar Rugby Club’s match against a Singapore squad that took place on the evening of April 8.

The delegation from Gibraltar has now moved  on to Hong Kong for a similar series of events that have been organised with the assistance of Jason Cruz, Chief Executive of HM Government of Gibraltar’s Hong Kong office and his staff.

For shipping related business, the Minister was accompanied by CEO and Captain of the Port, Bob Sanguinetti and key stakeholders from the maritime sector; as already outlined in a statement by the Port Authority. The Minister hosted a reception for the Singapore shipping community highlighting the many synergies between Singapore and Gibraltar.