Obama to the rescue 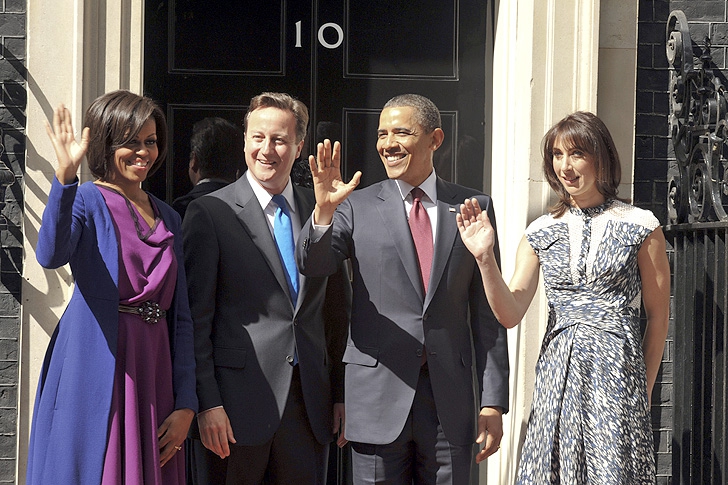 The Obamas and the Camerons.

US PRESIDENT Barack Obama is flying to the UK to warn of the dangers and consequences of leaving the EU. Mr Obama is due to comment at a news conference on Friday April 22 in Downing Street. He believes a Brexit would diminish the country’s global influence.

The President of the United States is also likely to make a convincing case for continued membership of the EU, which currently has 28 nations as members. This comes soon after the country’s talks to potentially strike trade deals with allies, including the US.

David Cameron has warned of the difficulties in striking a new deal outside the EU, and has said that the UK would need more than “good relations,” and it would need “nailed down trade agreements.”

The Prime Minister has seen a difficult couple of weeks in relation to the Panama Papers and hostile ripostes from the Brexit campaign. Mr Obama´s arrival, therefore, is sure to come as a welcome boost for Mr Cameron and his team.

During their visit, the Obamas, including wife Michelle, will be attending a lunch at Windsor Castle to celebrate the Queen´s 90th birthday.

In a rare speech from the ex-Liberal Democrat leader Nick Clegg, he said at a talk at Princeton University, New Jersey that: “If we leave Europe behind, America may leave us behind too.”

The former leader said that whilst he was in government, he was told “over and over again by US decision makers” that British influence in the EU “strengthened the West” and the necessary co-operation between the EU and NATO.

“And, most importantly, President Obama has said that having the UK in the European Union gives the States ‘much greater confidence’ about the strength of the transatlantic union,” he continued.

“By walking away from the top table of European affairs, we cede our influence and our importance.”

Matthew Elliott, of the Vote Leave campaign, dismissed Mr Clegg’s concerns, saying: “Voters will be in no mood to be lectured by a politician with more broken promises than there are Lib Dem MPs left in Parliament.”