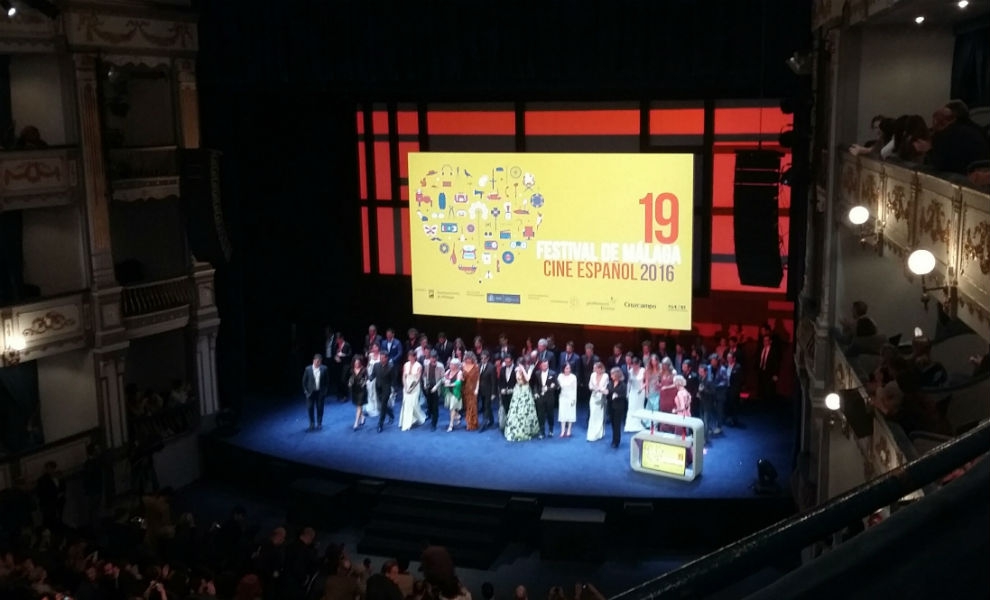 A TRULY star studded event; Malaga saw the 19th annual film festival closing ceremony on April 30 held at the Cervantes Theatre in the centre of the city. The awards ceremony was a culmination of a nine day celebration into Spanish film and saw prizes for multiple categories including films from Malaga and the Andalucía region. The top film of the festival was ‘Callback’ which saw lead actor, Martin Bacigalupo win the gong for his performance plus the film scooped best screenplay securing its position as film of the festival. The film Propera Pell also had critics raving with wins in the Special Jury Prize, best director, best actress and best editing categories.

The glamorous closing gala was hosted by actress Belen Rueda who began the awards ceremony with a collection of highlights from the festival. A number of actors and actresses sashayed on stage to present prizes in different categories and of course, no award’s ceremony would be complete without the customary gushing ‘thank-you’s’ made.

Half way through there was an interval in which Silvia Perez Cruz performed on her acoustic guitar, an entrancing piece; the prize winning song ” ‘Cerca de tu casa’ “.

Chilean actor and co-writer Martin Bacigalupo said when collecting his prize “This independent film has given me the opportunity to work with freedom to express through my character the things I wanted to say” Emma Suarez was presented with the gong for best actress for her role in Pell Propera, and said that the film was offered to her ten years ago and was a challenge to make.

The Malaga film festival started life in 1998 with the aim of promoting Spanish cinema. This year it celebrated its 19th anniversary and continues to contribute to thedevelopment of cinema in Spain with multiple awards up for grabs including categories such as best documentaries and short film.

“In addition to paying tribute to different personalities of the film industry we aim to organise numerous exhibitions and parallel activities.

“Malaga Festival wants to reach all audiences and wants to present and promote a broad overview of film culture with the aim of promoting training, creativity and innovation.”