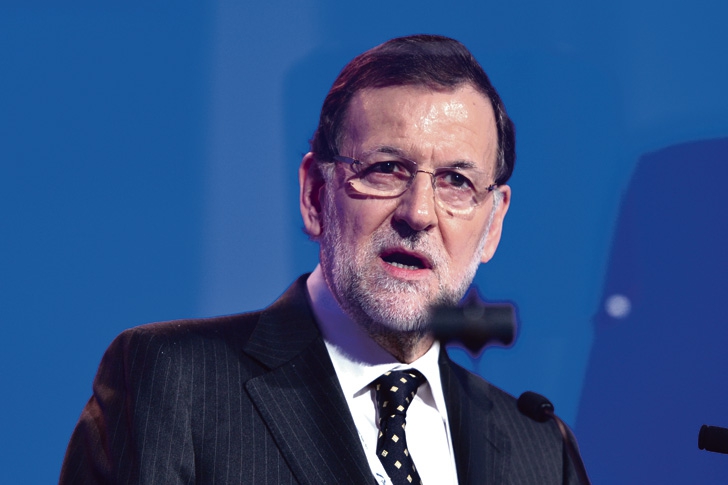 MARIANO RAJOY: Set to have the last laugh.

MARIANO RAJOY’S ‘wait and see and do nothing’ philosophy saw him survive four years in government and still stands him in good stead.

For four months Pedro Sanchez and Albert Rivera dashed around like blue-tailed flies to form a government while Pablo Iglesias swatted them away. Rajoy did nothing and was criticised inside and outside the Partido Popular for allowing them to steal the limelight but his astute immobility brought results.

The latest Metroscopia poll in El Pais showed that despite Rajoy’s unpopularity he and the PP will be the most-voted in just over two weeks’ time.

He is set to have the last laugh although the millions of Spaniards who didn’t vote for him won’t see the joke.

THE Partido Popular believes that Ciudadanos will reach a post-election agreement if between them they win enough seats to form a government. Ciudadanos leader Albert Rivera insists that this will not, cannot happen while Mariano Rajoy heads the party but the hierarchy are not listening. “Changing his mind is habitual in Rivera,” they say, an appraisal guaranteed to persuade him to give Rajoy the brush-off yet again on June 27.

ONLY 0.6 per cent of the Spanish are concerned about Cataluña, just 0.4 per cent fret about refugees and barely 1.8 per cent lose sleep about international terrorism.

No wonder politicians prefer banging on about these to finding answers for the 75.3 per cent of the population who worry about unemployment.

Nothing to crow about

THE PP, beset by court cases, corruption accusations and the resignations of enmired and bespattered politicians, is crowing.

PSOE socialists Manuel Chaves and Jose Antonio Griñan, former regional presidents of Andalucia, were indicted in the ERE scandal where scores of people benefited from a €855 million fund set up for laid off workers. Both ex-presidents deny acting illegally but acknowledge that their laxity allowed the fund to be ransacked.

Neither faces charges of personal enrichment so the PP should crow more quietly because the same cannot be said for their own transgressors.