The jewels in the crown remain cherished! 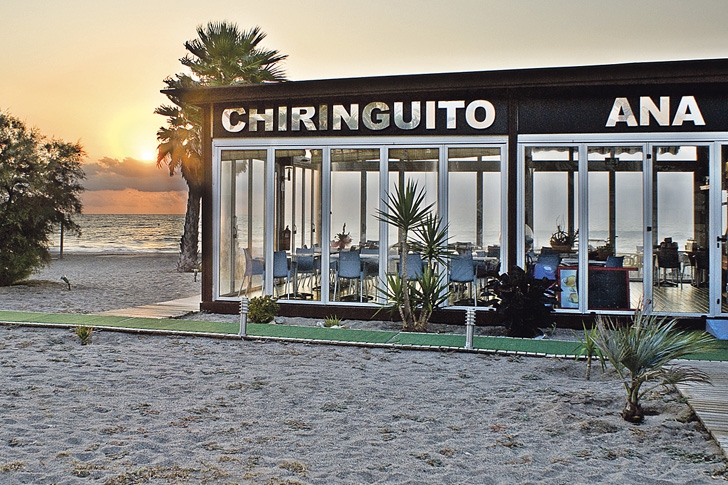 BEACH BARS: A social phenomena that was an instant hit.

AND so it came to be that within a handful of years from my arrival the social phenomena known as beach bars sprouted up. They became instantly popular as neutral areas that belonged to the sea so the darkly dressed alien invaders from Albox and Oria felt safe as did the occasional colourful tourists from abroad.

The street word spread exponentially and each summer more and more visitors flocked to the shanty town shacks that sold cold beer but not much else. Instant camaraderie thrived. No longer were the dreaded and frightful foreigners beyond reproach. Tables were filled by 9am and shared by all.

The humanization process thrived without rules or popular decrees. It just happened that way. Sharing a common interest and conviviality was the law of the sand. And, as the summers rolled on differing nationalities became bosom friends usually without knowing the other’s name.

Delectables from the Spanish farms were introduced to the English and Pimm’s cocktails were reciprocated to the unsuspecting Spanish. The scene was raucous and quite often uncontrollable. A visit to the beach bars could often become a trip to a living and vibrant circus. One never knew what to expect and that too became part of the attraction. But never any fights or even loud arguments. It was the beach and the rhythmic lapping of the waves calmed the masses leaving just enough energy to order another round.

The beach bars themselves adapted and started serving food. Skimpy bikinis were allowed but if you wanted a drink from the bar you couldn’t be topless when ordering. Then came CD’s and loud music. More people flocked to Mojacar’s jewel in the crown. The beach bars started opening by Easter and shutting in late October.

Books will be written about this era in the future and probably a television series or two. Ric Davies’ EL Patio was as crazy as Ric was. He walked into my office one day in mid August and stated “I always wondered where you worked, got any rum and coke?” Ric, if you’re here whose running the bar? “I’m on vacation, let’s go drinking.” And we did. A three-day binge until late one night at a village disco he grabbed my arm to alert me he was checking out. He slowly slunk to the floor then fell over backwards never spilling a drop of his drink. A legend was born.

California cool arrived with Tish and Lloyd Dean’s EL CID. Good food, bar games, pool and beach beds. Clean, slick and fashionable it became known as the ‘posers bar’ where one went to be seen whereas next door’s patio was for the serious drunks that relished falling over in public.

The beach bar evolution continued right to this very day with AKU AKU thriving and already having earned a reputation of international renown.

The unfathomable debt of gratitude Camelot-Mojacar owes these people is overly recognisable and must be defended.